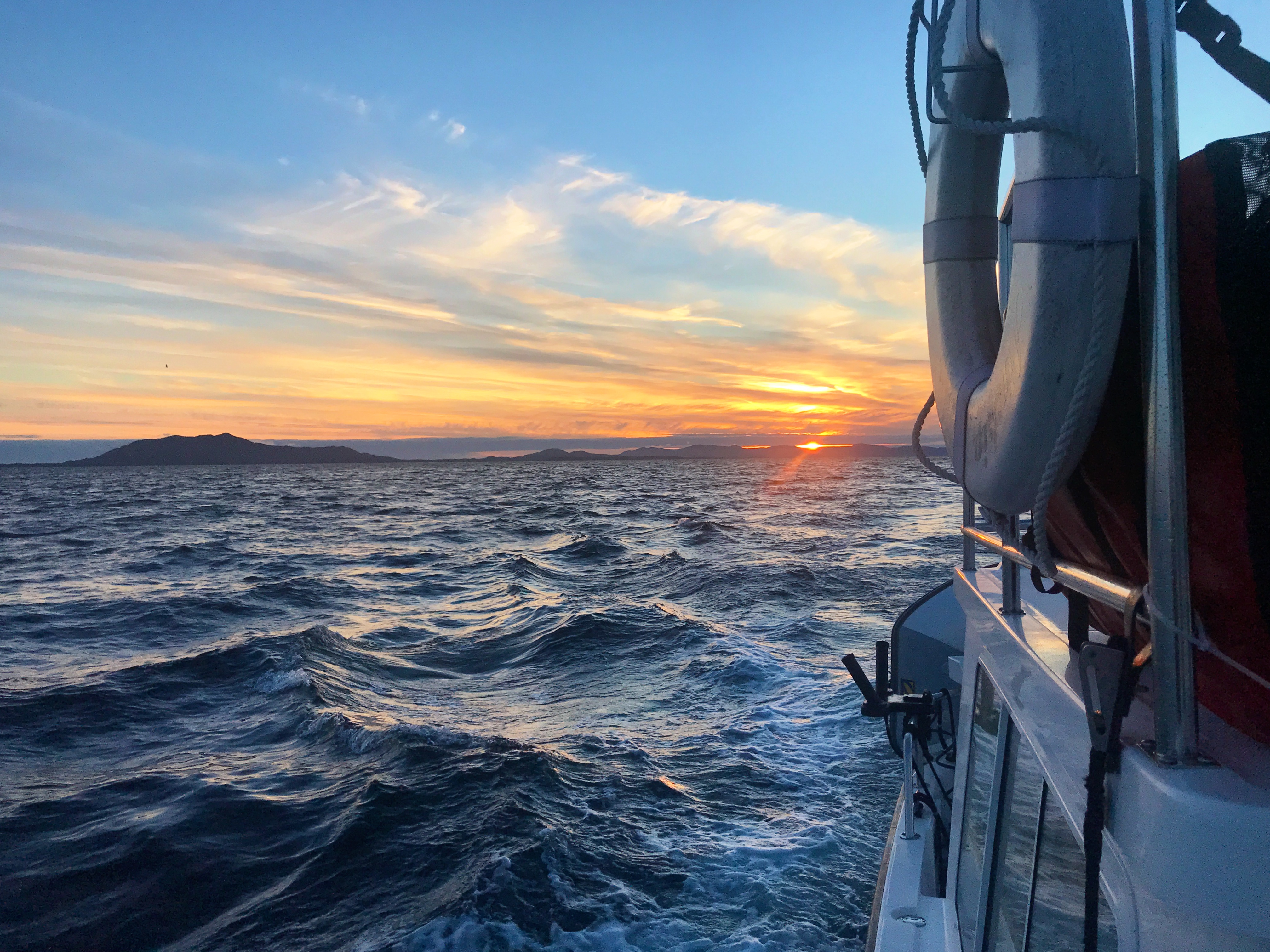 We’re cruising together again! Laura and Kevin picked up Sam from the Ketchikan airport around 11:00 a.m. (how cool is an airport that has a dinghy dock?!) and we set off together to cross Dixon Entrance.

We have about ten days to get down to Port McNeill to start a flotilla trip around Vancouver Island, so no time for dallying. The weather today was good, tomorrow questionable, so we wanted to get to Dundas Island, on the Canadian side of Dixon Entrance.

Unfortunately, Canadian Customs had other plans. Laura called the NEXUS phone number and requested permission to anchor for the night at Dundas Island to avoid being underway in the dark. The request was denied, citing new legislation that prohibits any stops in Canada until the vessel has cleared customs. A couple hours later when it was clear we would not arrive at Venn Passage outside of Prince Rupert until an hour or so after sunset, Laura called the Canadian Customs number (since on the way north we usually call the local U.S. Customs office in Ketchikan rather than NEXUS), and was granted permission and got a clearance number. Sam called back, was transferred to a local officer in Prince Rupert, and was told in no uncertain terms that he had to go to Prince Rupert. The only reason vessels could stop before Prince Rupert was if there was an emergency. Preventing a potential emergency by not operating at night didn’t count. The computer showed an ETA of about 11:30 p.m., right when it really starts to get dark, so we both pressed on.

Conditions were pretty good all the way across. A little choppy at the north end, enough to get salt all over the boat, but not uncomfortable. As we headed further into Dixon Entrance, the wind calmed down and shifted from south to north.

As we approached Venn Passage under a setting sun, Sam called Canadian Customs again. This time, he was given a clearance number with no instructions to visit a specific place in Prince Rupert. The offices for the marinas in town were closed, and we didn’t want to tie up in someone else’s way, so we dropped the anchor in Pillsbury Cove at about 11:15 p.m.

The next day we dinghied to town to stock up on items we couldn’t bring across the border. By noon, we were underway for Baker Inlet.

A couple hours out of Prince Rupert, Prince Rupert Traffic called Airship and Safe Harbour by VHF, requesting that we call the Prince Rupert Canadian Border Services Agency office. We did, and were told we did everything wrong. The officer was clearly frustrated and not at all friendly.

When we gave him our clearance numbers, he seemed shocked and dismayed, obviously thinking we’d skipped the formalities of entering Canada and just headed south. He said we couldn’t clear by phone using NEXUS and instead had to call from the dock once we’d arrived in Prince Rupert. (The NEXUS instructions clearly state to call not less than 30 minutes before arrival and not more than four hours). He claimed anchoring in Prince Rupert wasn’t acceptable and we should have come to a dock. Initially he wanted us to turn around and head back into Rupert, but once we explained that we did exactly as instructed by the officers on the phone, he softened slightly and let us continue, with a stern warning that he was adding this infraction to our file and we should expect to be thoroughly searched on our next visit to Canada. He also said he’d be talking with the managers at the call center and telling them they did everything wrong, too.

This situation illustrates one of the problems with NEXUS. Technically, you’re cleared by phone, but you’re supposed to go past a dock and see if a CBSA officer is waiting for you. The problem is, in many places, there’s either no dock or many docks, with no information on what dock to visit. Ganges Harbour, with dozens of docks, is listed as a point of entry, but no specific dock is mentioned. Cabbage Island has no docks, but is listed as a point of entry. When asked, the officers on the phone have never been able to provide information about what dock to actually go to in these (or many other) places. This is not surprising, since the call center  is all the way across the continent in Ontario (we’ve been told), and in our experience the officers often have to ask you “And what province is that in?” when you tell them your port of entry.

In Prince Rupert, six docks are listed. When we called in to the NEXUS number, we simply said we were arriving in Prince Rupert. The officers on the phone didn’t ask us which dock we were going to, nor did they tell us we needed to go to any dock. Thus, we assumed anchoring in Prince Rupert was acceptable (and we already had clearance numbers posted on our vessels). Apparently not to the local officer, who seemed to be tracking us on AIS and saw that we didn’t pull into a dock. So, if you’re cruising south from Alaska this summer and clearing via NEXUS, be explicit about what dock you’re supposed to visit!

After the Customs excitement and frustration, we resumed cruising south! We’d timed our departure from Prince Rupert to arrive at Watts Narrows, which guards Baker Inlet, at high slack (slack roughly corresponds to high or low water in Prince Rupert). Watts Narrows is, well, narrow, maybe 60 feet wide at its narrowest. Currents run to five or six knots, and transiting in a cruising boat with the current running would be exciting. At slack, it’s easy. Our mid-channel course was deep (at least 50 feet), easily navigated, scenic, and fun. 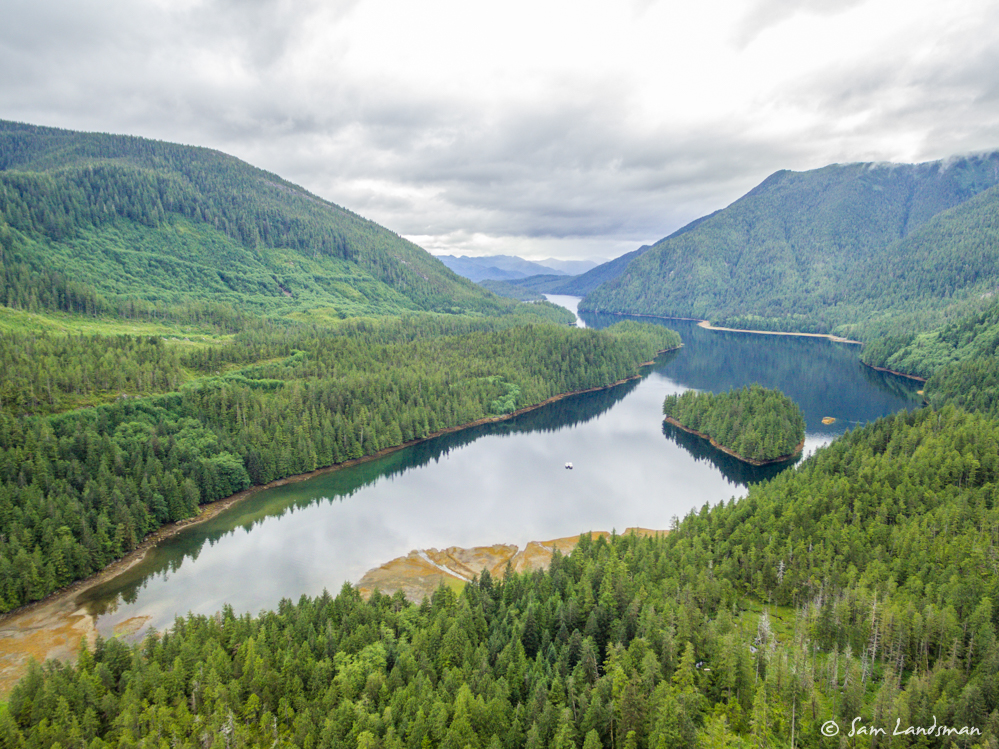 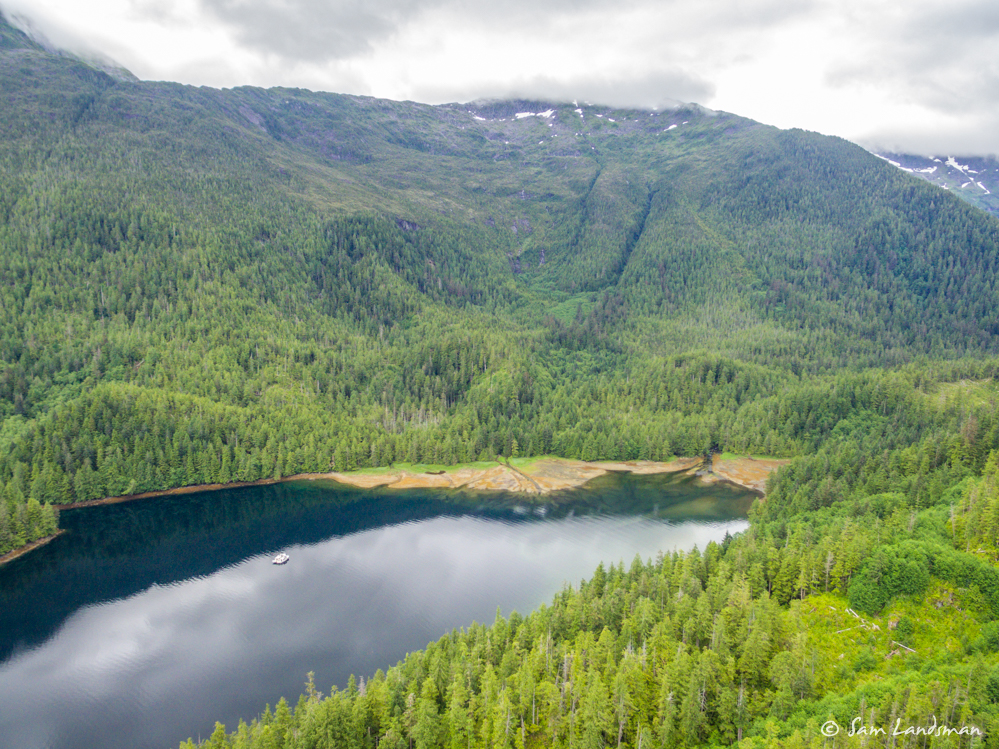 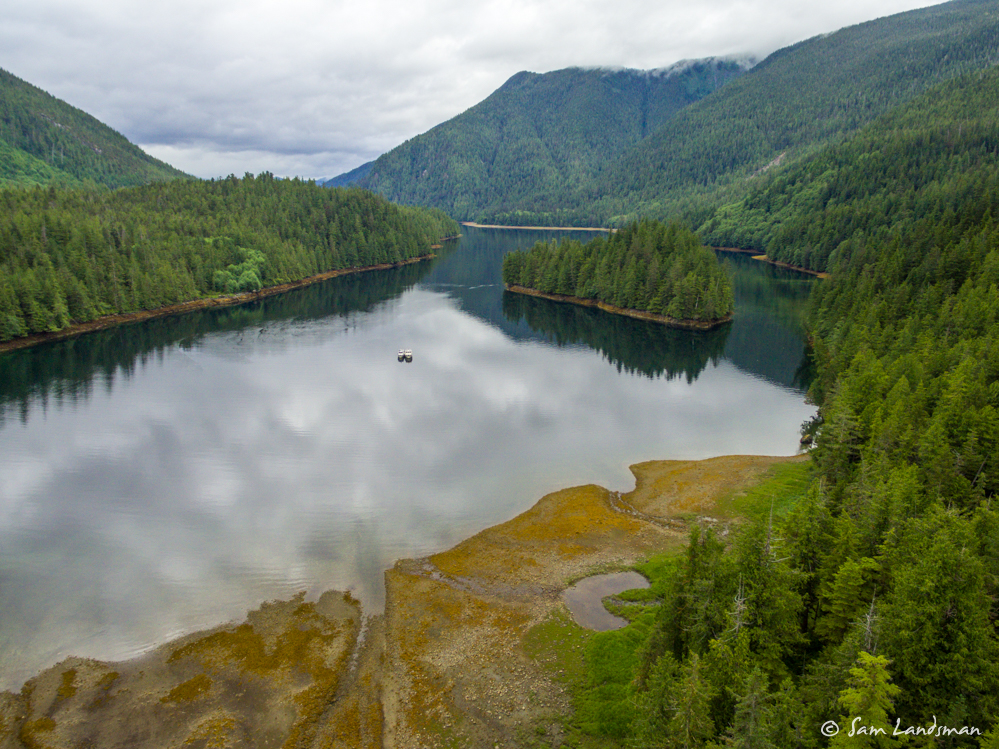 Inside Watts Narrows, Baker Inlet is gorgeous! We’d never visited, but it’s our new favorite anchorage along Grenville Channel. Mountains rise all around, the rapids are fun to explore by dinghy, and because it can only be accessed a few times a day, it’s less crowded than places like Lowe Inlet.