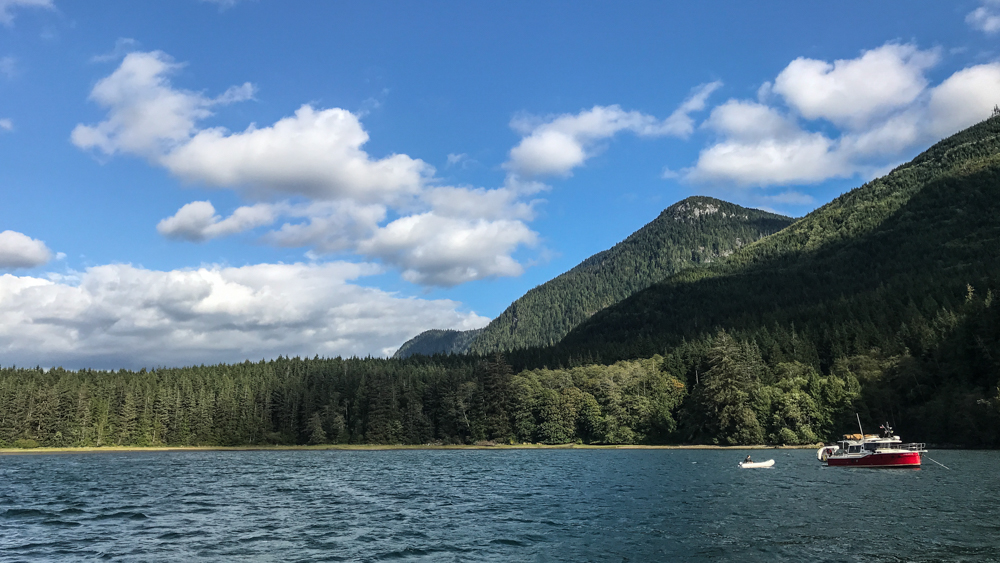 We’d hoped to make it into the Broughtons today, but the weather had other ideas. The typical summer weather pattern for Johnstone Strait is relatively calm mornings followed by building northwesterly winds in the afternoon and evening. Once the sun goes down, the northwesterly usually diminishes. Today, though, the northwesterly was blowing in the morning. The Chatham Point lightstation reported 25 knots of wind and four foot moderate. Fanny Island reported gusts near 30 knots. Not fun.

Ever flexible, we decided to detour off the “highway” (aka Johnstone Strait) and take the smooth water route through Greene Point Rapids and Whirlpool Rapids. These rapids run to about eight knots, and although they’re not particularly hazardous, it’s no fun to fight that much current. Both of these rapids also turn at about the same time, and since they’re 11nm apart, it’s impossible to hit them both at slack. Our solution today is simple: transit Greene Point Rapids about an hour early, with an estimated three knots of current against us, and then transit Whirlpool Rapids about 45 minutes late, with an estimated three knots of current with us.

With a goal of arriving at Greene Point Rapids (15nm away) at 2:30 p.m., we slept in. The autopilot on Doll Face had stopped communicating with the chartplotter, so Kevin and Sam spent some time troubleshooting and eventually solving the problem (a bad connection and extra NMEA sentences being sent). Eventually, we pulled the anchors a little after noon and headed towards the rapids.

As predicted, the rapids were benign, and we arrived in Forward Harbour before 5:00 p.m. Soon after, we all headed to Billywig for happy hour, which was enough food to it ended up as dinner!

Forward Harbour was windy. We saw 15-20 knot winds during much of the evening, but the anchors held securely and it remained reasonably calm. The wind didn’t calm down much by bed time, but it’s supposed to drop in the morning. We’ll see! 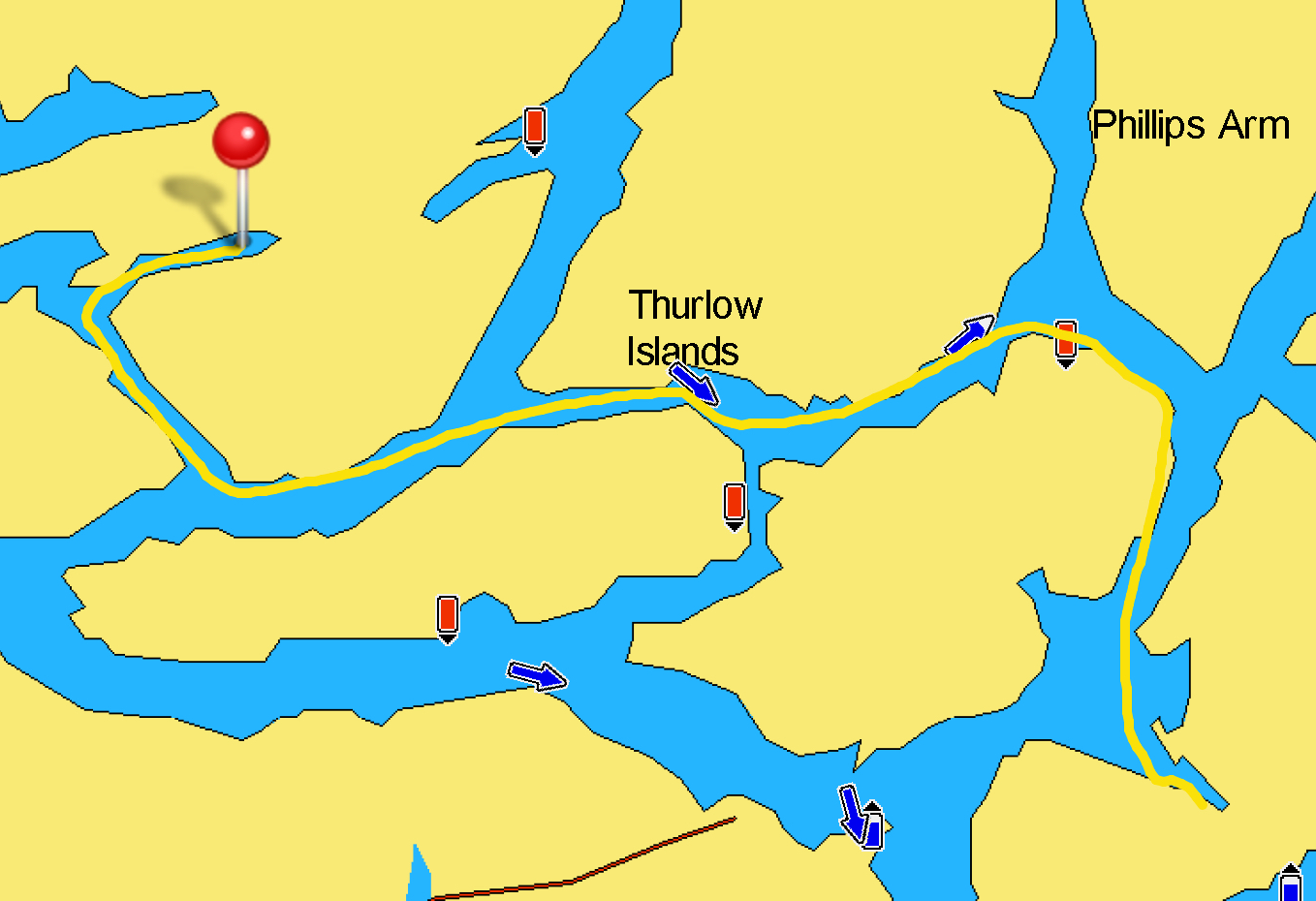