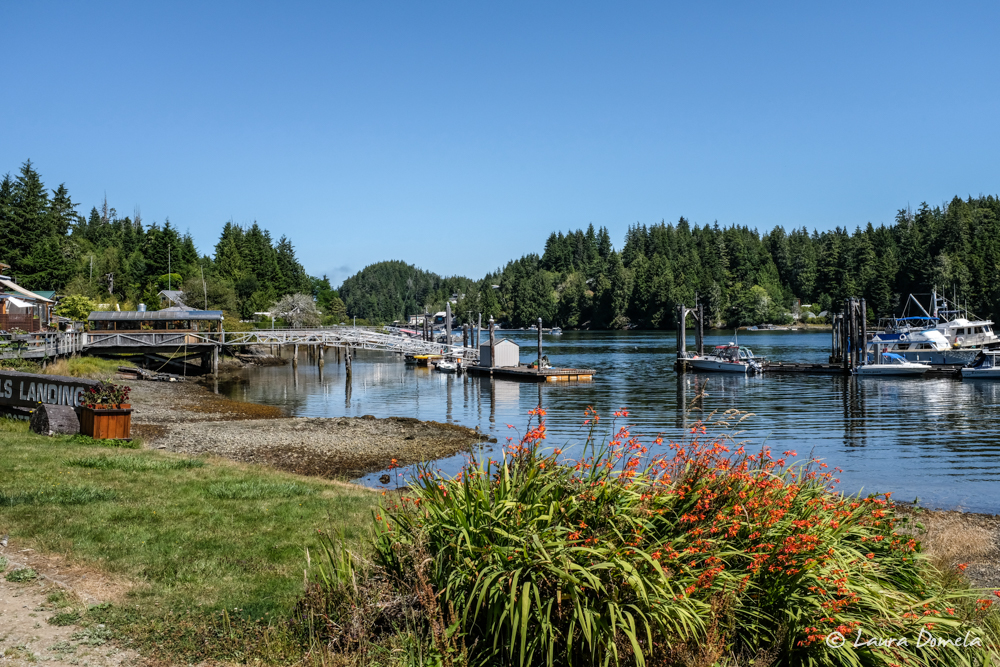 Airship left Effingham Bay a bit ahead of the group (around 10:00 a.m.) for the 9.5nm cruise to Bamfield. It was foggy leaving Effingham Bay, but it eventually cleared as we got closer to Bamfield. 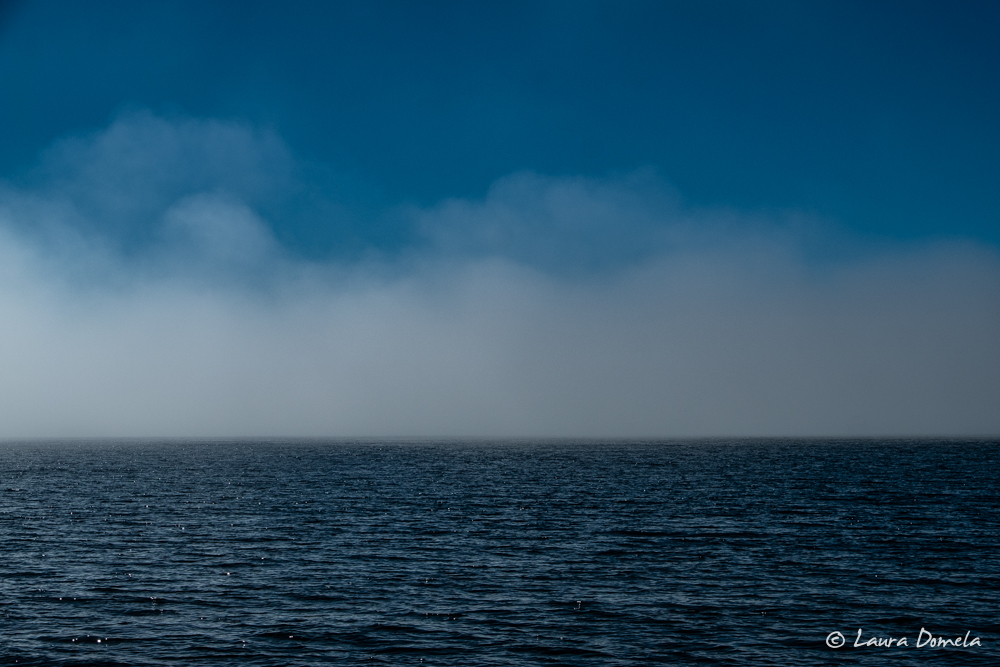 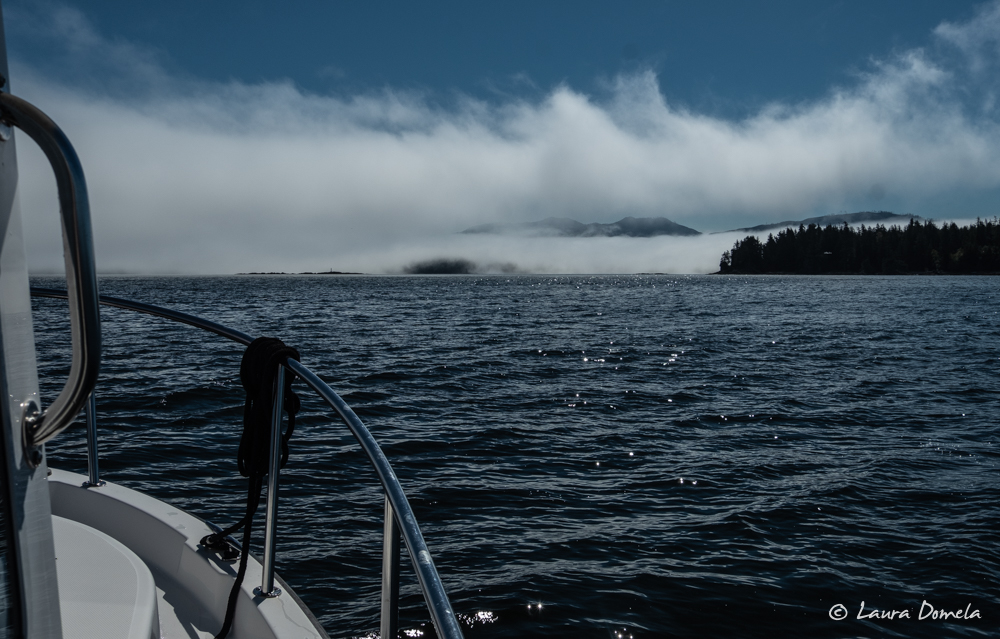 We had reservations for everyone at the government dock on the west side of Bamfield, but there’s no full-time harbormaster to direct boats where to tie up. We thought it would be nice to have one of the lead boats in first to grab lines and help the others get situated.

Actually, Airship didn’t leave before everyone in the group. Zube left at first light, headed for Port Renfrew, in order to break up the long day the rest of us will have tomorrow. Given their (lack of) speed, the 75nm trip from Bamfield to Sooke Harbour is a particularly long day, so they went ahead to split it up.

The town of Bamfield is separated into two halves that border Bamfield Inlet. The east side is connected by road to the rest of Vancouver Island, and the west side is accessible only by boat.

After we were all in, we wandered along the boardwalk trail. This trail connects all the buildings on the west side, and on a sunny day like today is a very pleasant walk. The Boardwalk Bistro was closed (they’re only open on Saturdays and Sundays), so we continued on down to the small market and picked up a few things.

After the boardwalk trail, we took the dinghies across the inlet to the east side of town, where there is a larger market, a chandlery, a hardware store, a pub, motel, and a small cafe adjacent to the market. It’s not as charming as roadless West Bamfield, but it has a bit more commerce. 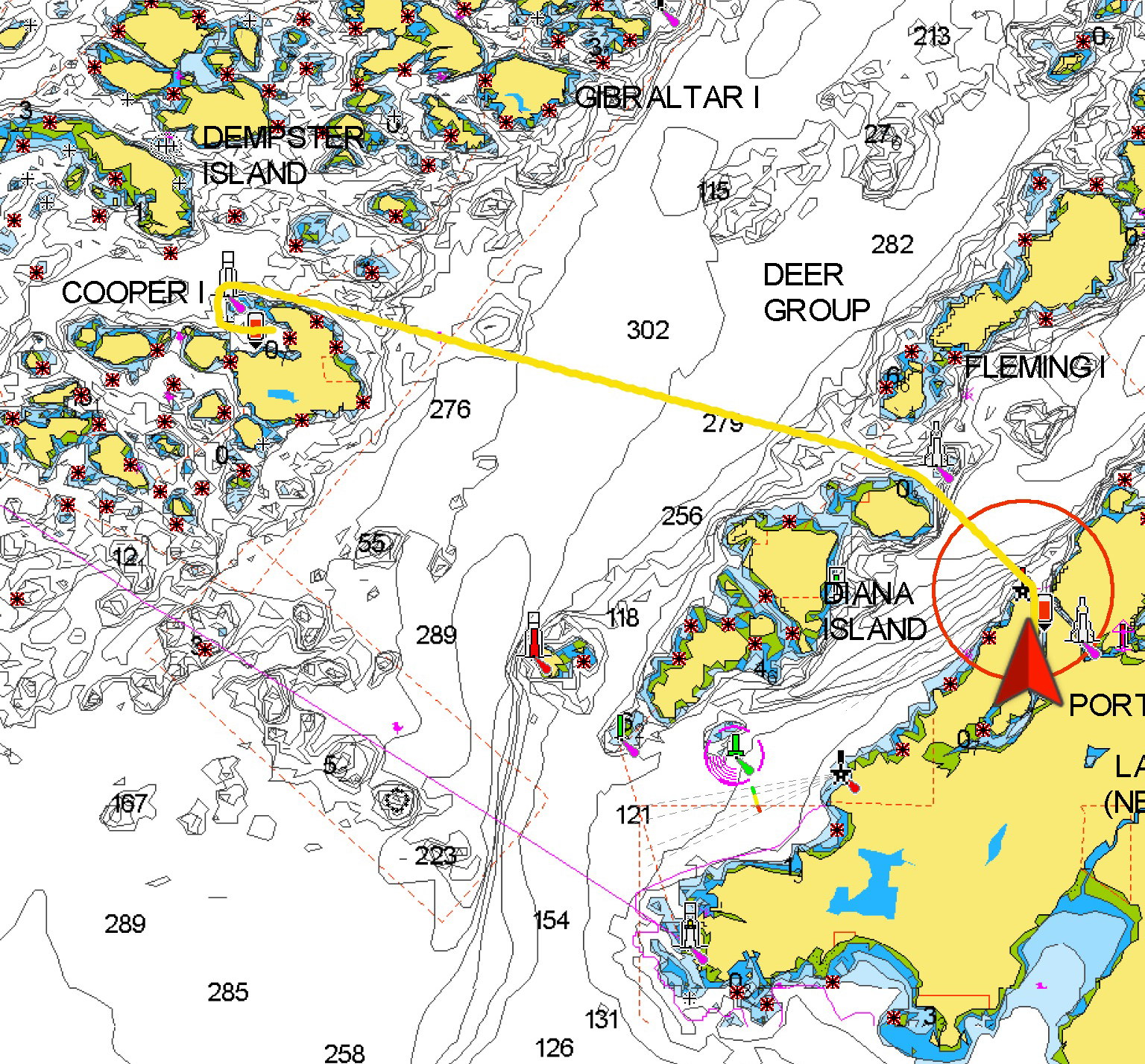