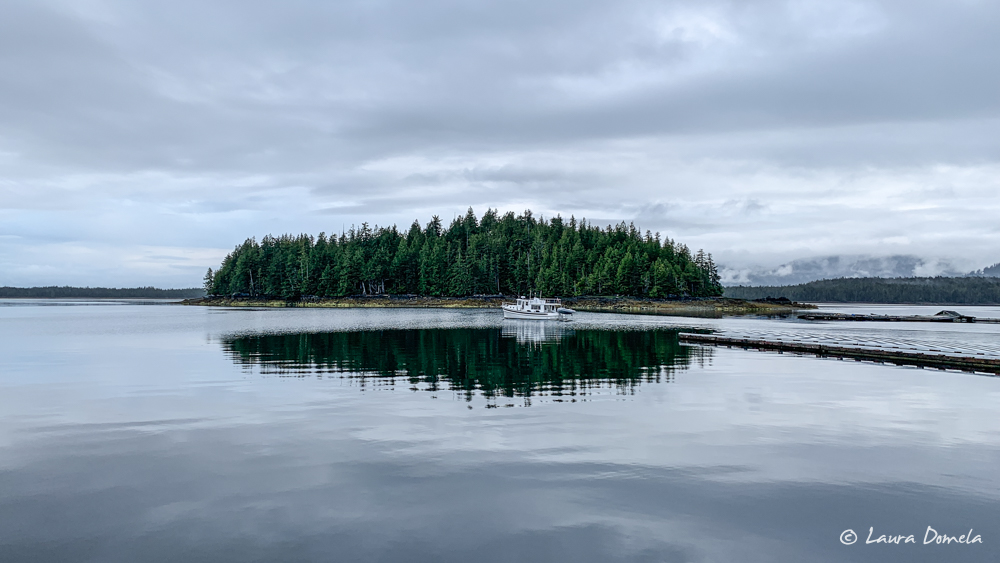 With chores completed and a good weather forecast, we headed out of Shearwater around 8:30 a.m. The course to Rescue Bay runs west in Seaforth Channel, almost to the ocean, and then through narrow Reid Passage to Perceval Narrows. When the westerly is blowing, Seaforth Channel can be awful, and with swells crashing on nearby rocks, getting into Reid Passage can be frightening. Today the weather cooperated. The route passes Ivory Island light station. The light keepers reported seas rippled, and we can’t disagree.

After an uneventful transit of Reid Passage, we hit Perceval Narrows at the end of the flood, getting a slight boost in speed and avoiding any ebb-against-swell conditions that might be uncomfortable.

We arrived in Rescue Bay early in the afternoon. Soon after anchoring, (we were the only boats!) the sun started to peek out and we set off exploring. Some of us dinghied through Jackson Narrows and others did some fishing.

Sam took the drone up for a shot of Jackson Narrows at high tide.

From the air, Rescue Bay looks even more remote than it feels: 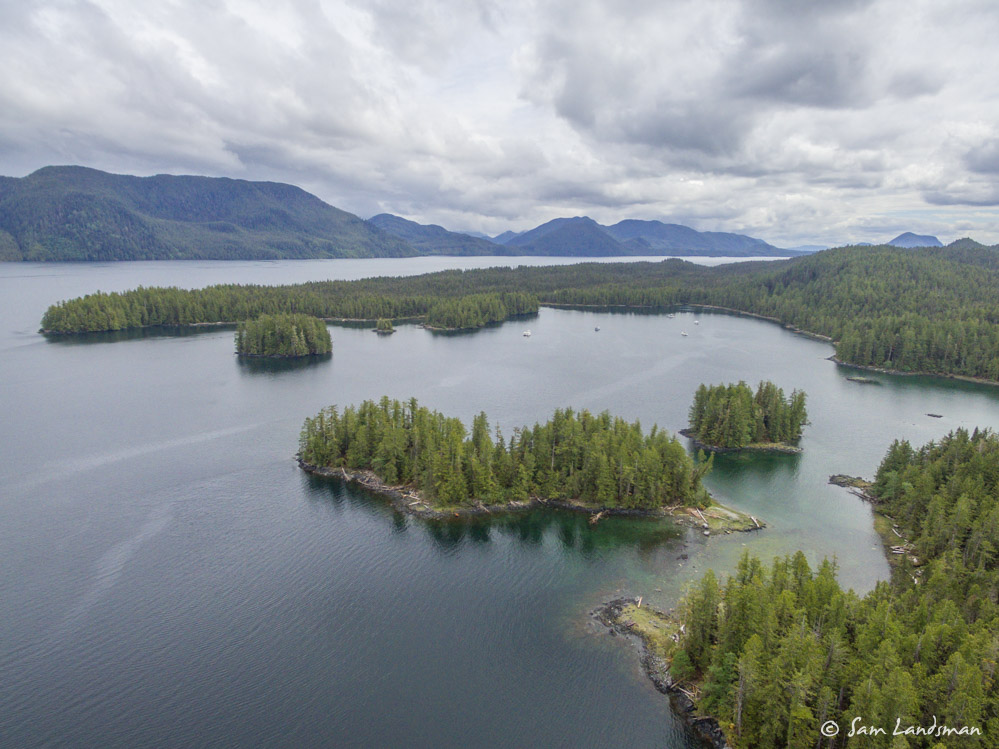 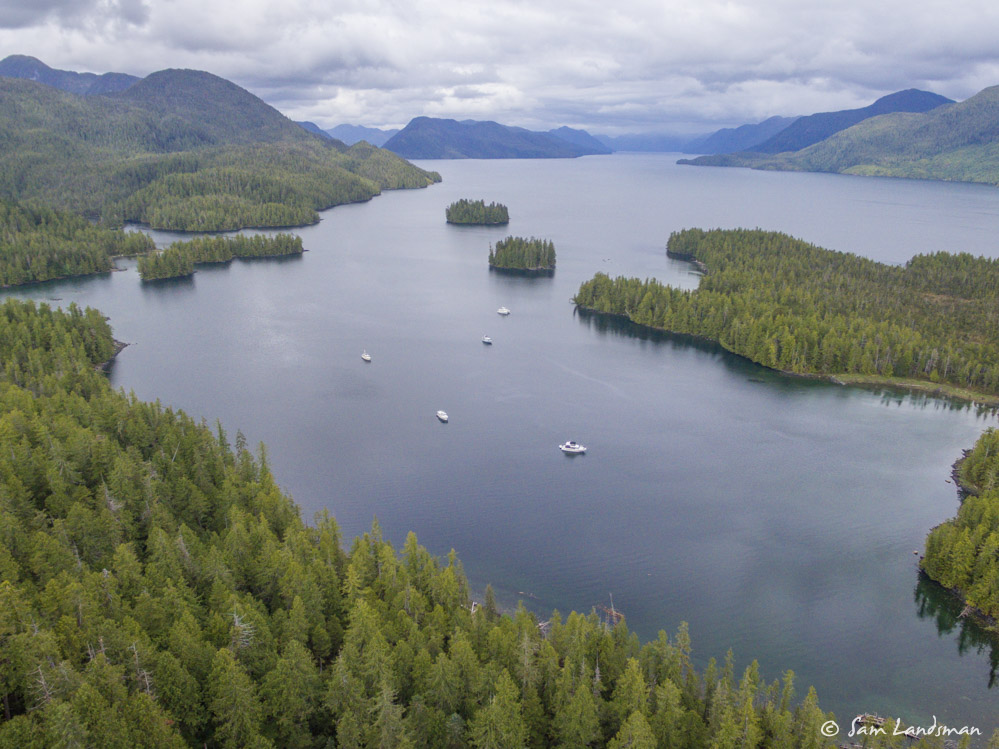 Later in the day at low tide Kevin took a drone up for some more shots of Jackson Narrows:

We had another excellent potluck dinner tonight, this time on Polymela. Tomorrow: Fiordland! 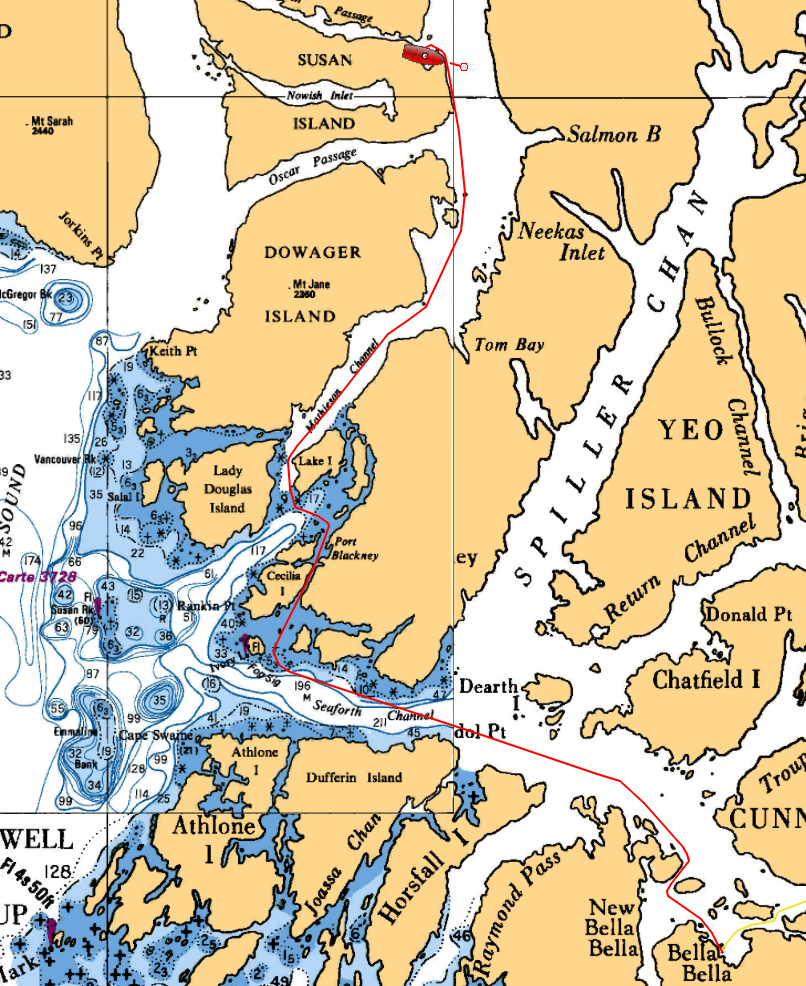