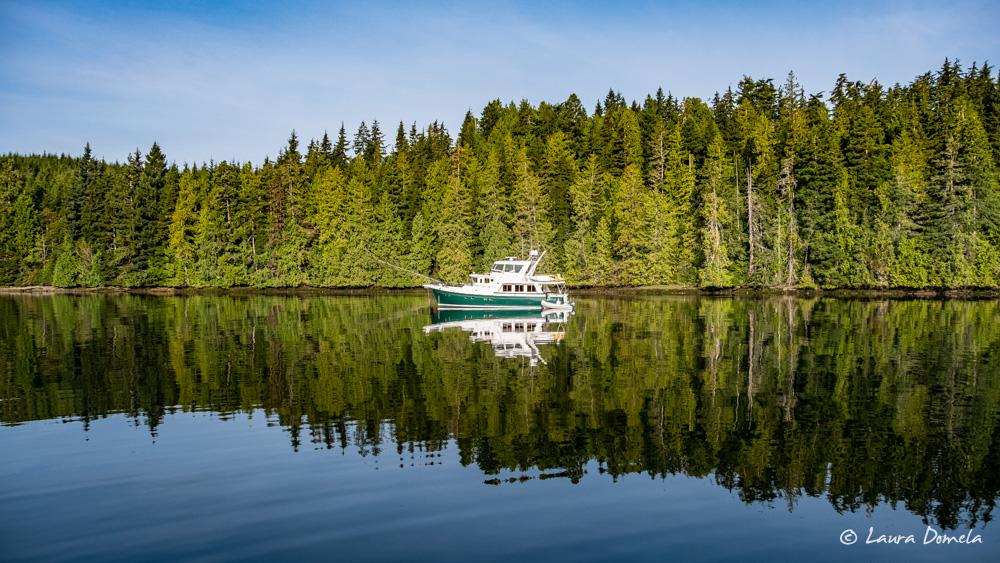 This morning we moved from Varney Bay over to Kokwina Cove, just 3.5nm away. We had little information about Kokwina Cove, so yesterday after anchoring the big boats in Varney Bay, we dinghied over for a look. Since it sounds like we’ll be waiting out some stormy weather tonight, we wanted to be as tucked in and protected as we could be, and Kokwina Cove seems to fit the bill! 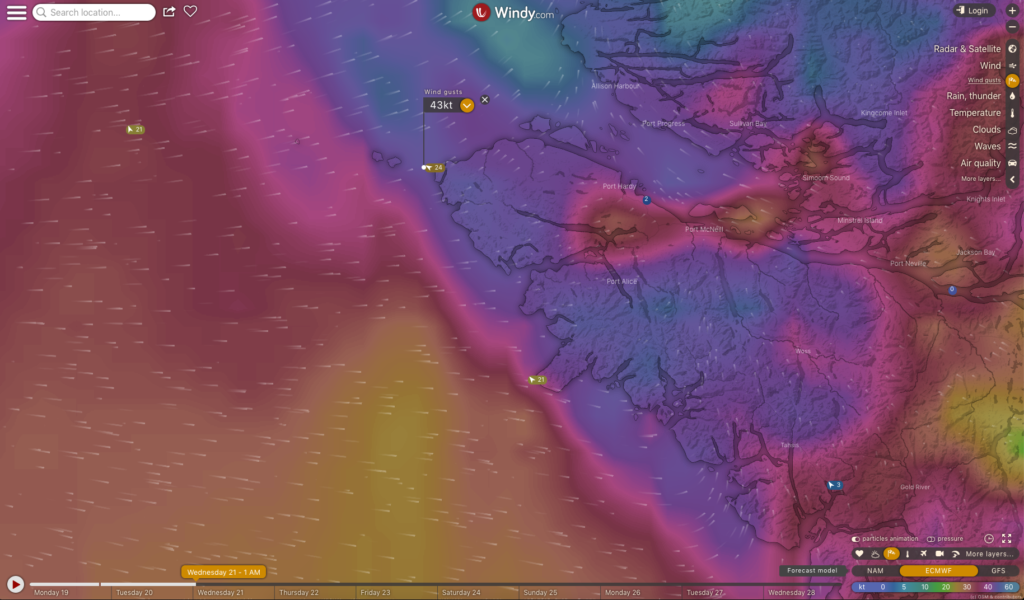 The screenshot above, in combination with the Environment Canada forecast for 45-55 knot southeasterlies (and their prediction of visibility limited to 1nm due to rain), shows a serious weather system coming our way! We’ve been watching this since Port McNeill, and while we hoped it would fizzle out, it didn’t. Varney Bay is probably well-enough protected, but we worried the wind would funnel out from Marble Creek and make conditions bumpier than we’d like. Kokwina Cove looked better protected.

According to the charts, there was a fish farm operation in here at one point (probably why there’s little information about whether it’s a good anchorage or not), but that fish farm is no longer here and it’s a great little cove with plenty of room for all of us. Depths are 30 to 70 feet and holding and protection seem excellent.

Several boats motored around and explored or fished to charge batteries (since 3.5nm doesn’t quite cut it when it comes to recharging the house batteries). We spent the afternoon getting caught up on cruise reports, reading, and relaxing. And, waiting for the weather to come.

The first band of wind and rain was supposed to arrive mid-afternoon. We got a few gusts, but nothing substantial or sustained. We’d been worried that it might be too windy and rainy for the group to dinghy to the raft for dinner, but were pleasantly surprised by light winds and only occasional drizzle.

The biggest winds were predicted to arrive around midnight. Like earlier, though, they never arrived. We got some rain, and a few gusts into the low 20s, but deep in Quatsino Sound the storm we’d been worrying about for days proved to be little more than a scheduling inconvenience.

Outside, though, conditions were horrendous! The East Dellwood weather buoy (considerably northwest of Cape Scott) reported seas around 17 feet at 8 seconds. Solander Island had gusts to 60 knots. We were glad to be tucked into a safe anchorage.

After the storm blew through, the southeasterlies quickly switched to 20-30 knot northwesterlies. It doesn’t look like we’ll get a good window to go around Brooks Peninsula for several more days, so we stayed in Kokwina Sound one more night. Some people explored by dinghy, others took a day trip to Port Alice, and several fished. We’re enjoying the slow pace through Quatsino Sound. 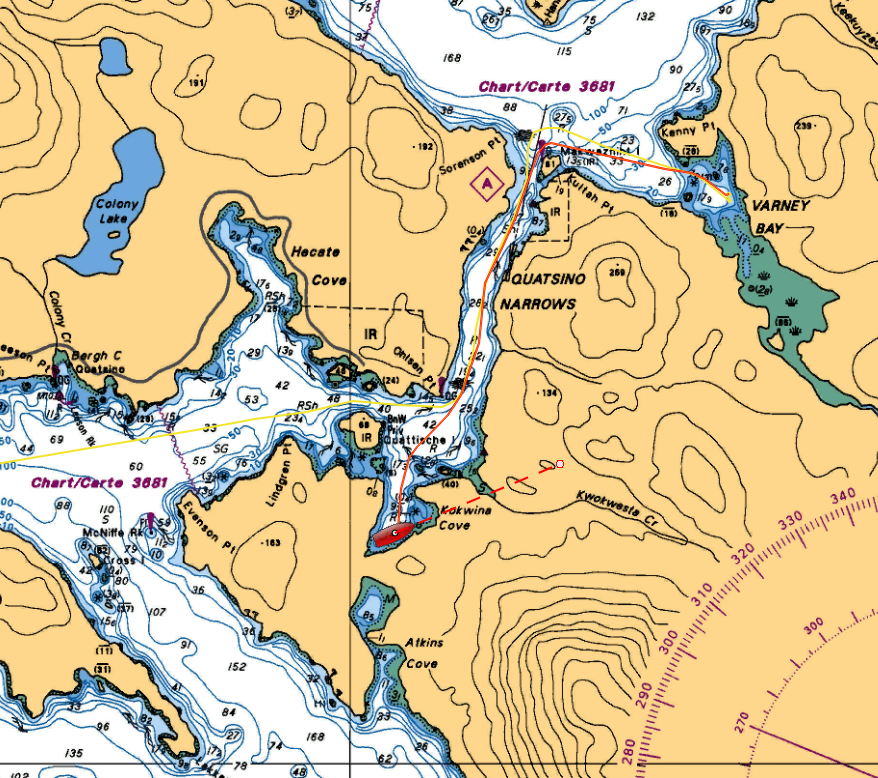