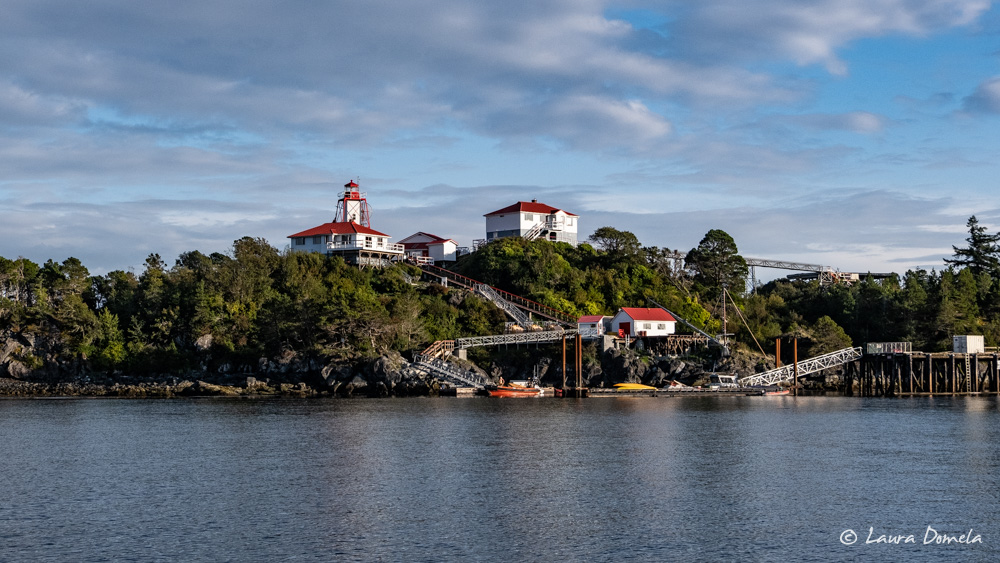 This morning before leaving Bligh Cove, we took a few aerial photos since the light was so pretty. 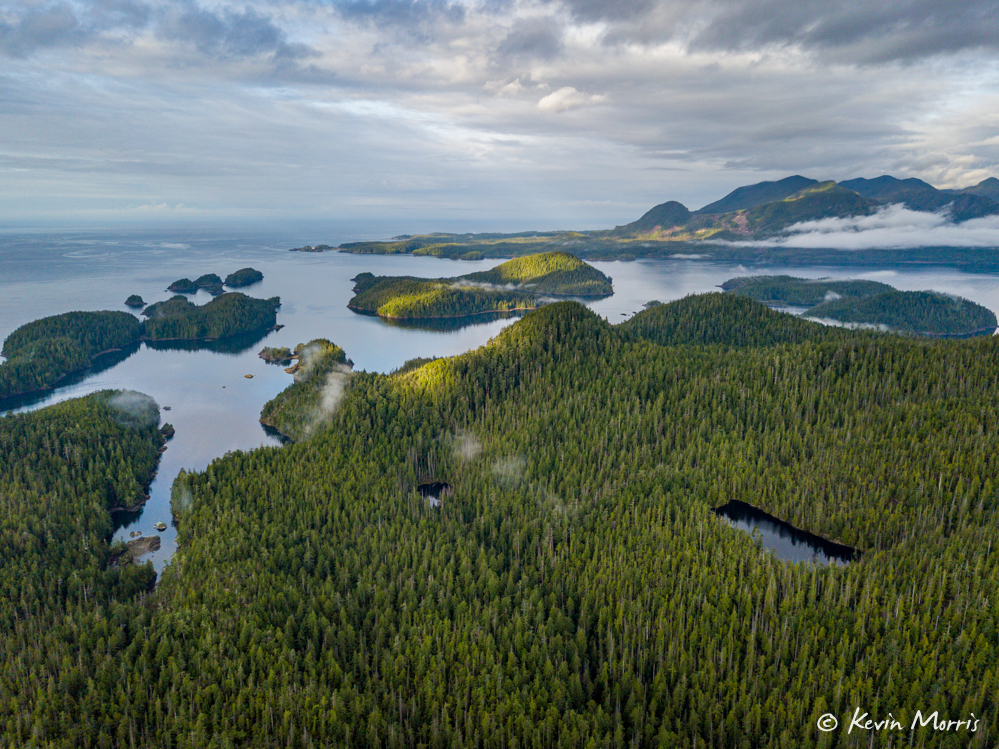 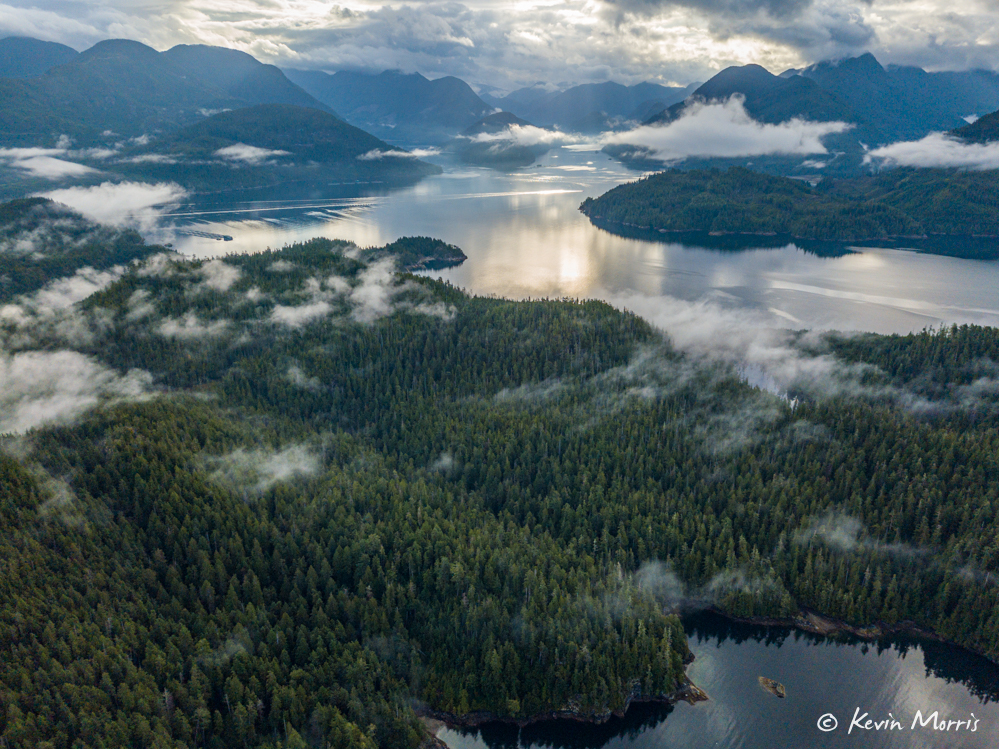 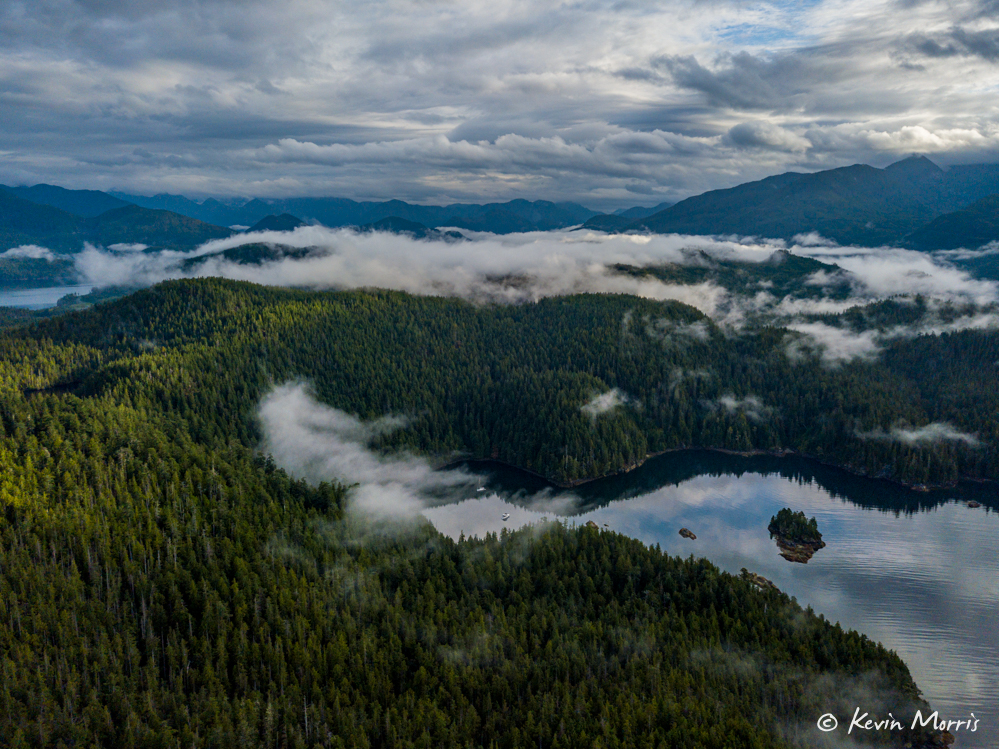 After breakfast we cruised the 6-7nm over to Friendly Cove, some of us snaking our way through the smaller passages between islands to kill time and add scenery. We anchored in Friendly Cove, rejoining the two boats that skipped Bligh Island yesterday for more time at Friendly Cove.

After hiking and lighthouse tours and beachcombing, we all met for a late happy hour on the raft. The next leg of the trip is 28nm of ocean around Estevan Point. While Estevan Point isn’t usually considered as major a headland as Cape Scott or Brooks Peninsula, we’ve had several unpleasant trips around and treat it with respect. During happy hour, we discussed the route and the weather.

These wind velocities don’t sound bad, but we’ve been beaten up with a similar forecast before. The trouble with southeast weather at Estevan Point is the first half of the trip down from Nootka Sound is in the lee. After being lulled into complacency with 14nm of relatively gentle ocean, rounding Estevan Point brings the boat head-on to the weather, then puts it on the beam across the mouth of Hesquiat Harbour.

We hoped to take advantage of the predicted calm as the wind shifted from southeast to northwest, but as Environment Canada pushed that back from morning to afternoon to evening our hope dimmed. The plan was to check in after 7:00 a.m. to see what was being reported at three light stations: Lennard Island, Estevan Point, and Nootka.

The reports from 4:40 a.m. weren’t encouraging: wind southeast in the mid-teens, 3-foot moderate, except at Nootka where it was calm. We waited to see if the southeasterly would die. The 7:40 a.m. reports were similar. So were the 10:40 a.m. reports, and the 1:40 p.m. reports. Last year we went in similar conditions and this is what it looked like:

So most of us stayed in Friendly Cove another night.

In the morning, we went to shore and did another walk up to the lighthouse, along with some more beachcombing at low tide (which yielded a handful of beach glass).

The two boats that arrived early for more time in Friendly Cove, however, were ready to move on. Seeing a relatively calm ocean just outside Friendly Cove, they headed south. For the first couple hours conditions sounded calm, but the wind increased and the seas built as they neared Estevan Point. Uncomfortable enough that we’d be better off waiting for the next day, they reported, but not unsafe.

John (MV Nereus) and Kevin each went fishing. John brought back a nice big coho (which he generously shared with the group for dinner later). Some of us hiked on shore, some explored neighboring coves by dinghy, and then a group of us met on Safe Harbour before dinner for a game of Settlers of Catan.

By early evening the clouds had cleared and the light was perfect for another shot of the lighthouse.

Dinner on the raft was (fresh!) grilled coho, salad, spaghetti with pesto, and corn. 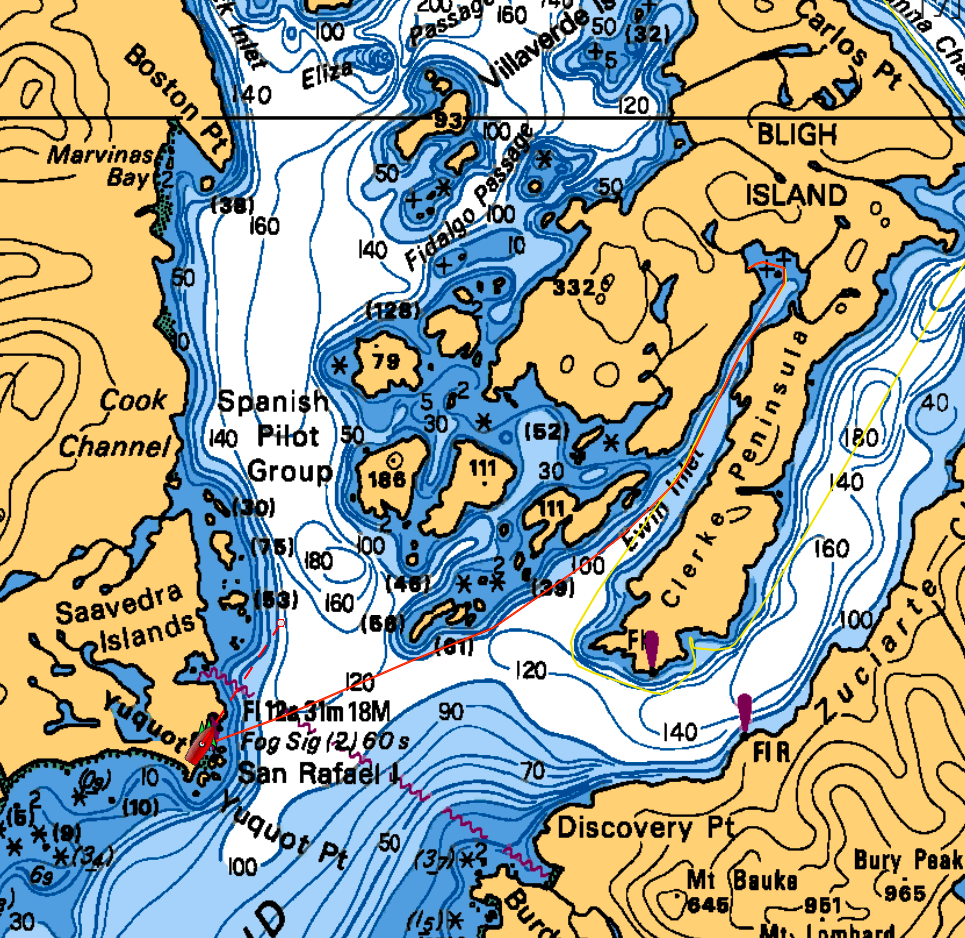