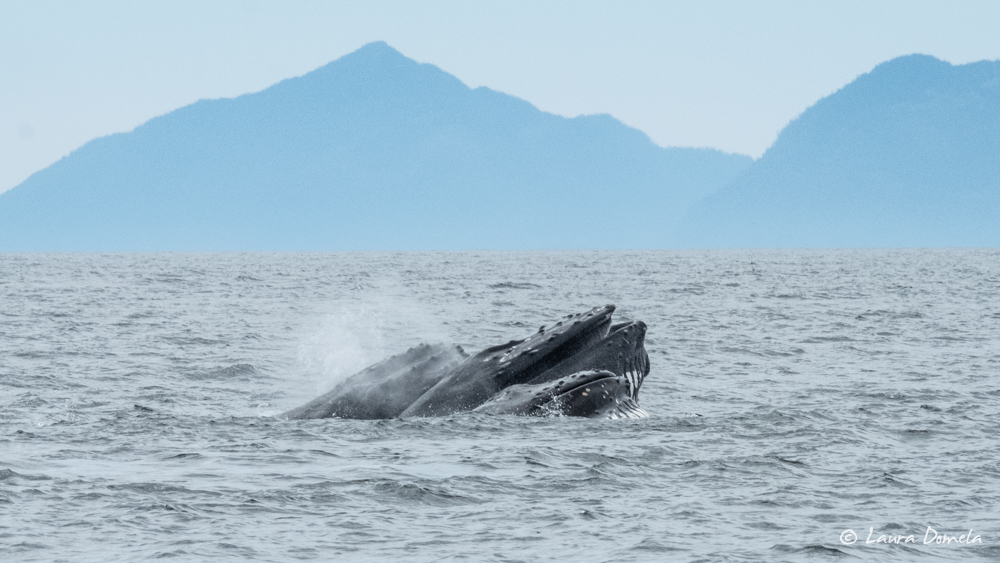 This morning we woke to bits of blue sky and nice calm waters. We departed Pybus Bay and headed for Bay of Pillars on Kuiu Island.

We spotted several humpbacks spouting in the distance in Frederick Sound, but nothing very close.

Soon after we turned into Chatham Strait, however, we were treated to a group of humpbacks lunge feeding on herring balls.

After watching the whales for a bit, we eventually continued to our anchorage in Bay of Pillars. We typically anchor back in the bay, behind the group of four islands. We were the only boats in there today. After settling in, we embarked on a dinghy cruise through the narrows and into the inner part of Bay of Pillars. We lucked out with dry weather.

Some aerial shots of the flotilla at anchor and the surrounding landscape: 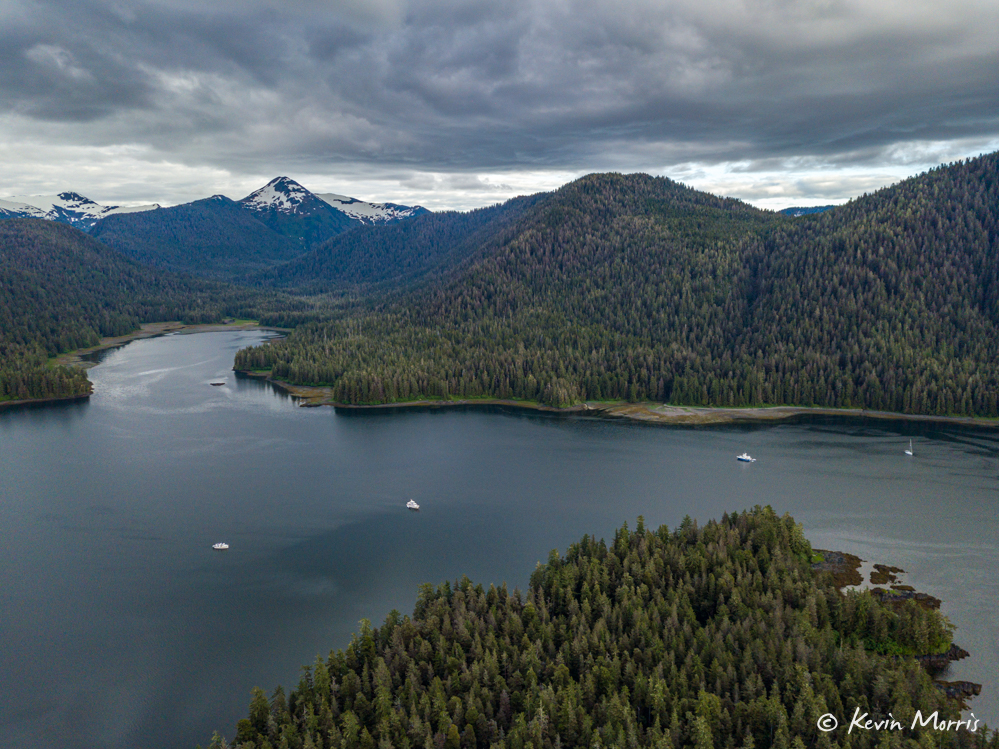 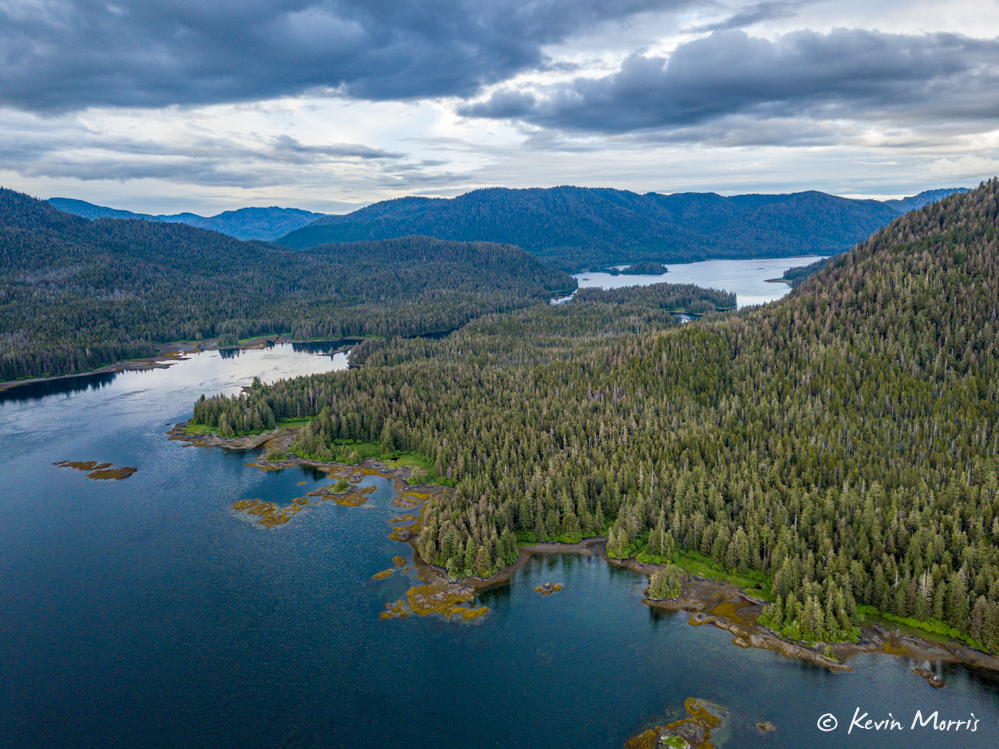 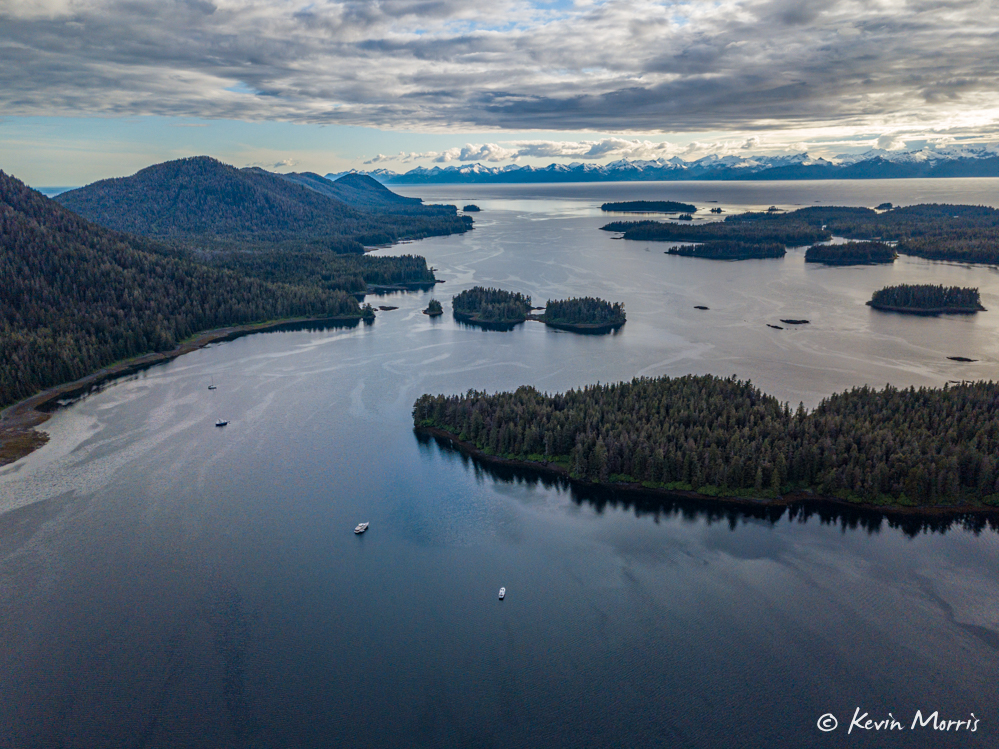 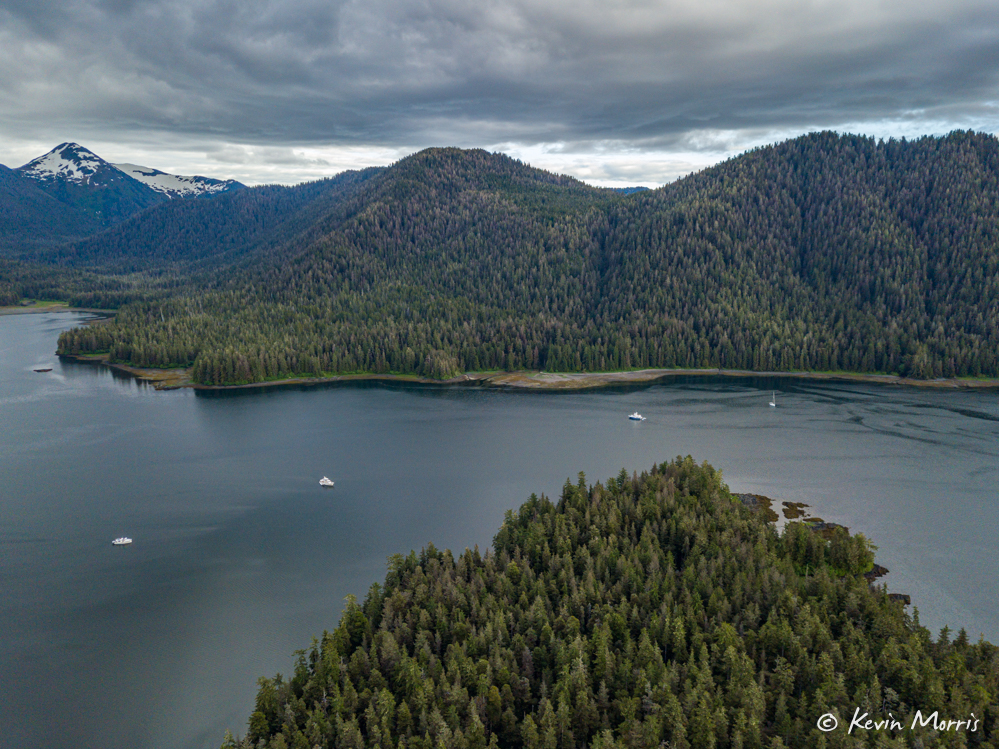 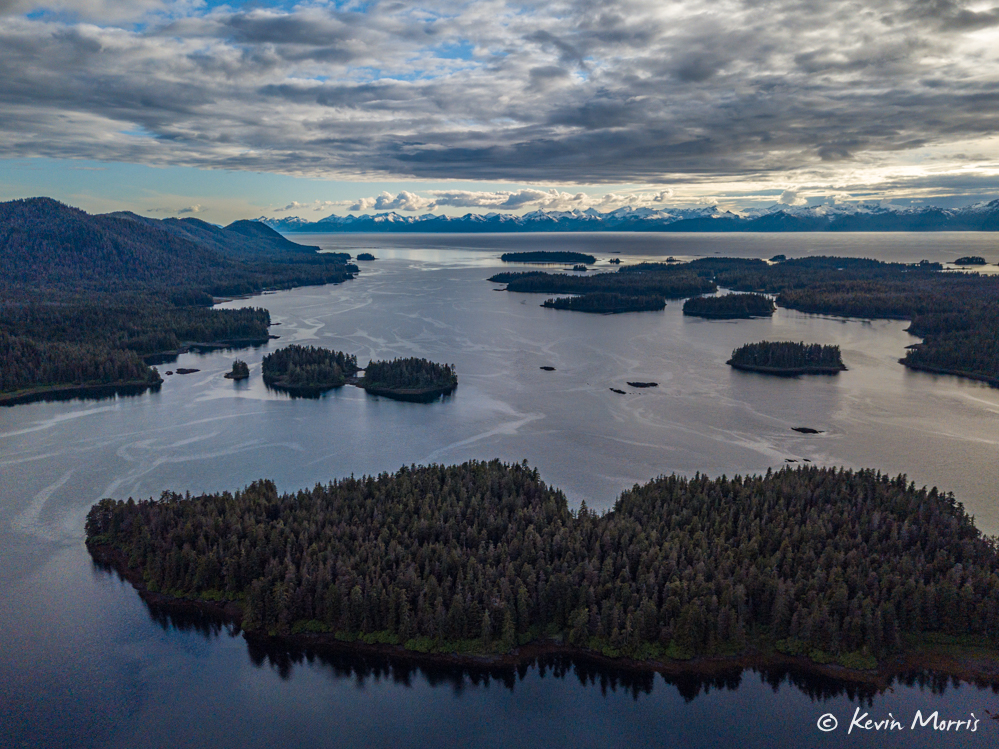 The Slowboat raft, Akeeva and Airship: 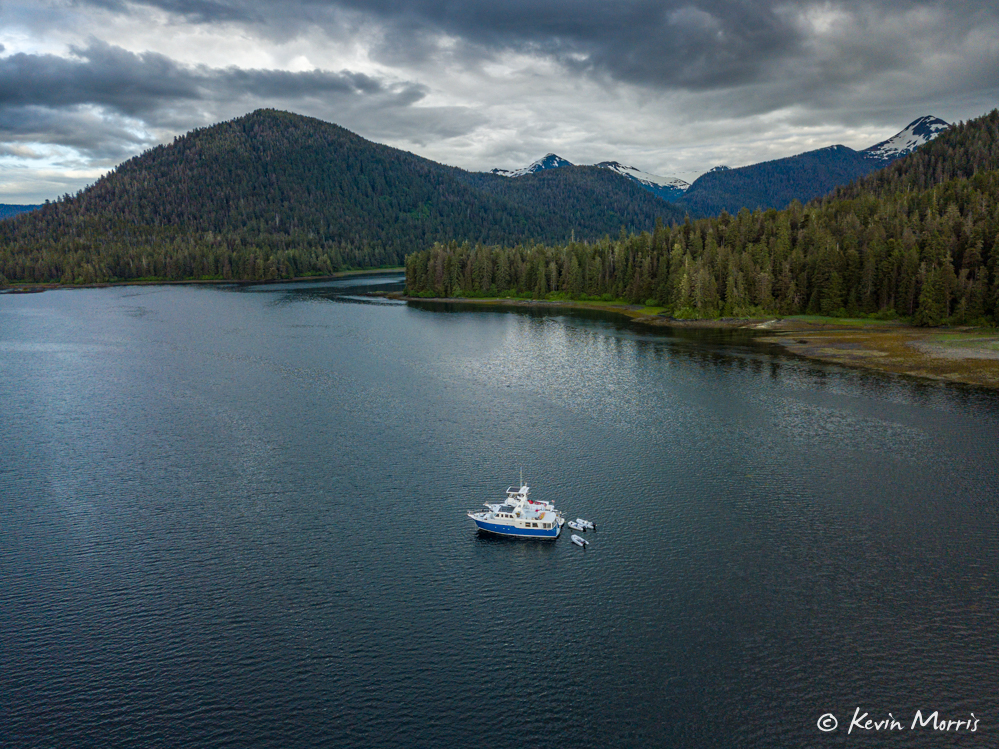 We gathered on Airship for happy hour. 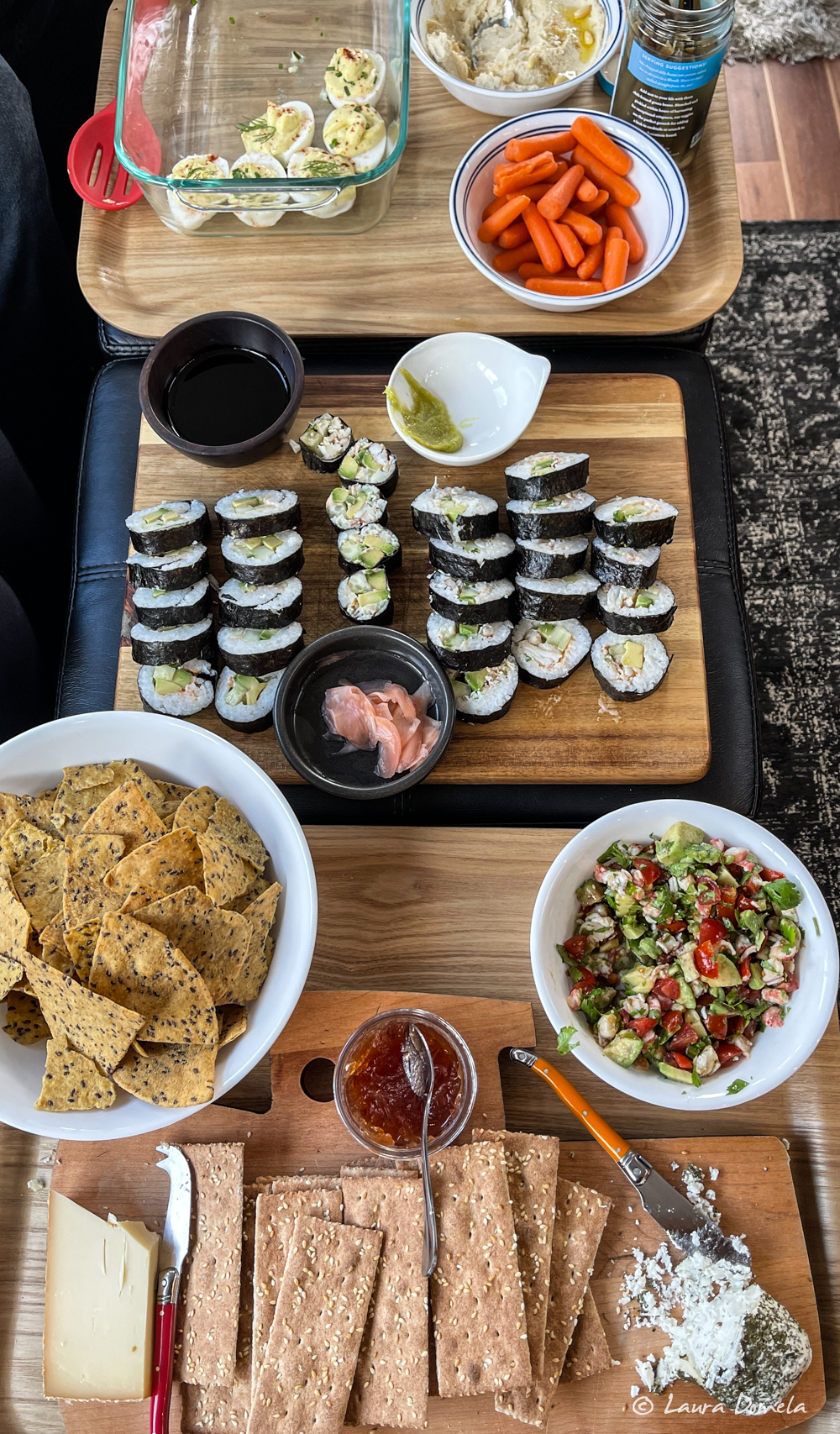 This group is really good at happy hour! We had deviled eggs, homemade hummus, sushi made with fresh caught crab, spot prawn and avocado ceviche, fancy cheese and crackers. Yum! 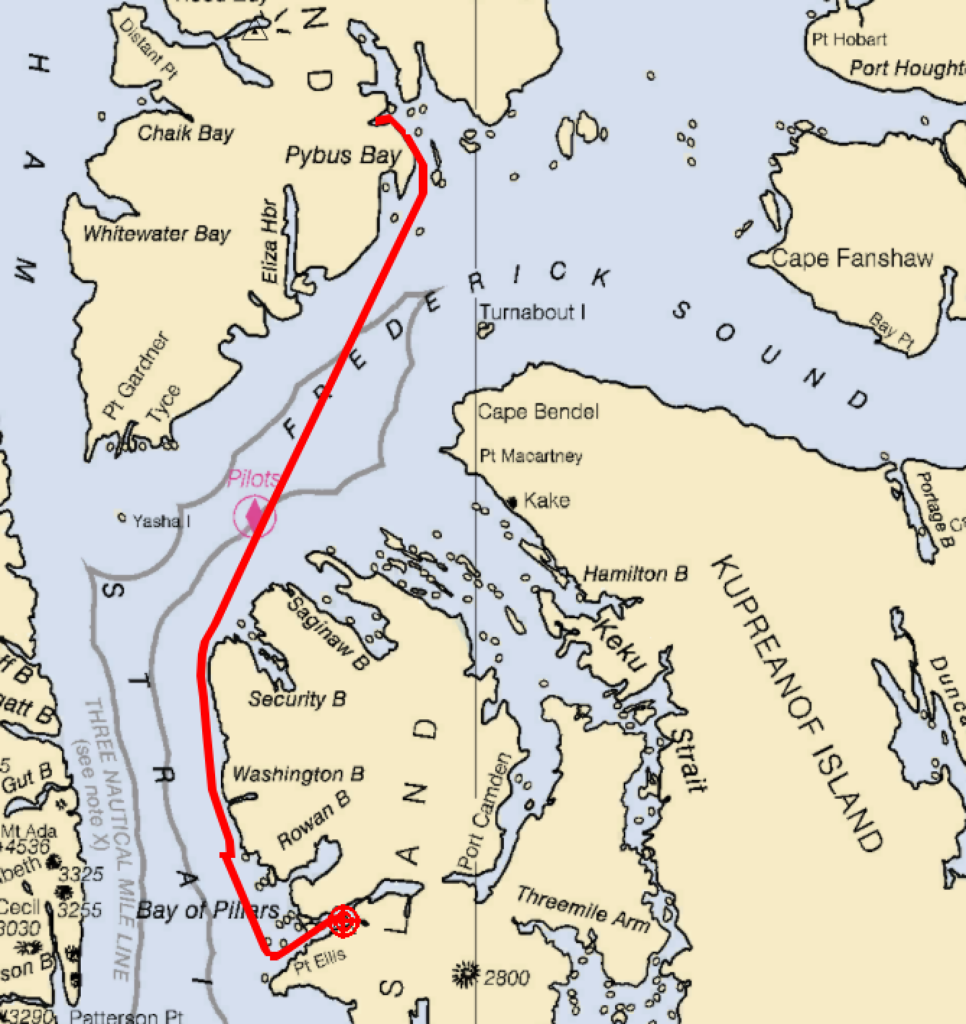