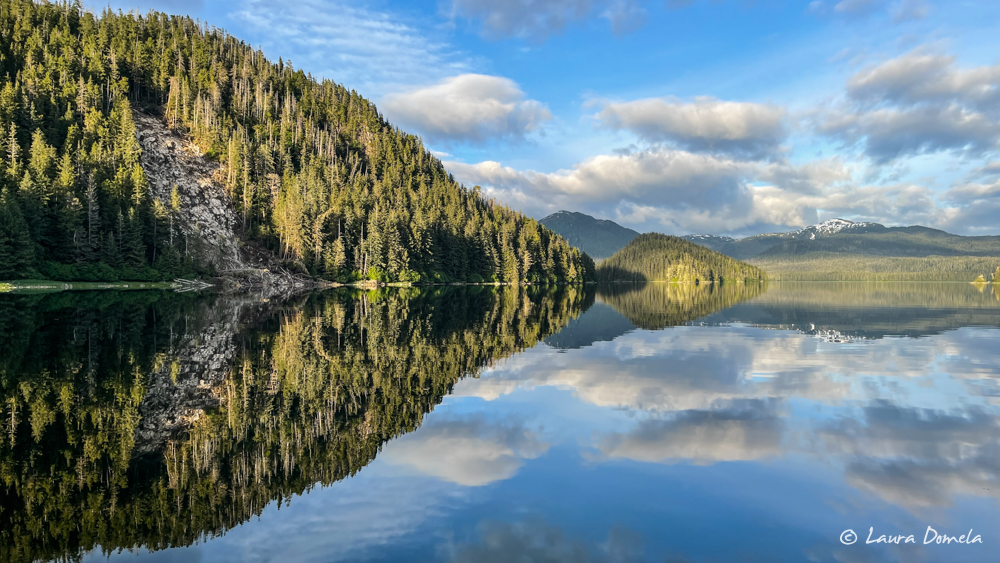 After a relaxing, wildlife-rich several days on the east coast of Baranof Island, today we motored eight hours towards Sitka, from Takatz Bay to Deep Bay. Our route leads to progressively smaller bodies of water, from huge Chatham Strait to Peril Strait, and eventually to Sergius Narrows, the bottleneck just west of Deep Bay that can only be transited near slack.

Other than a couple photos of the gorgeous light and reflections in Deep Bay, we didn’t take many photos today! We had a nice cruise up Chatham Strait into Peril Strait…saw a few humpback spouts in the distance, then one fairly close as we approached our anchorage, but nothing picture-worthy. Low, overcast skies and occasional rain showers didn’t inspire us to pick up our cameras. It’s not that the scenery was bad, it’s just that we’ve been spoiled by such dramatic vistas over the last week, with the good weather and tall, rugged mountains, that today’s cruise felt a little ordinary.

The commercial crabbing season opened a few days ago, so the head of Deep Bay was peppered with crab trap buoys. After we all were settled at anchor, several folks put out crab and prawn traps, but no one caught anything. We did a happy hour on the raft and called it an early night. Sergius Narrows slack tomorrow morning is right around 6:30a.m. The narrows is about half an hour from Deep Bay, so we’ll be getting an early start. 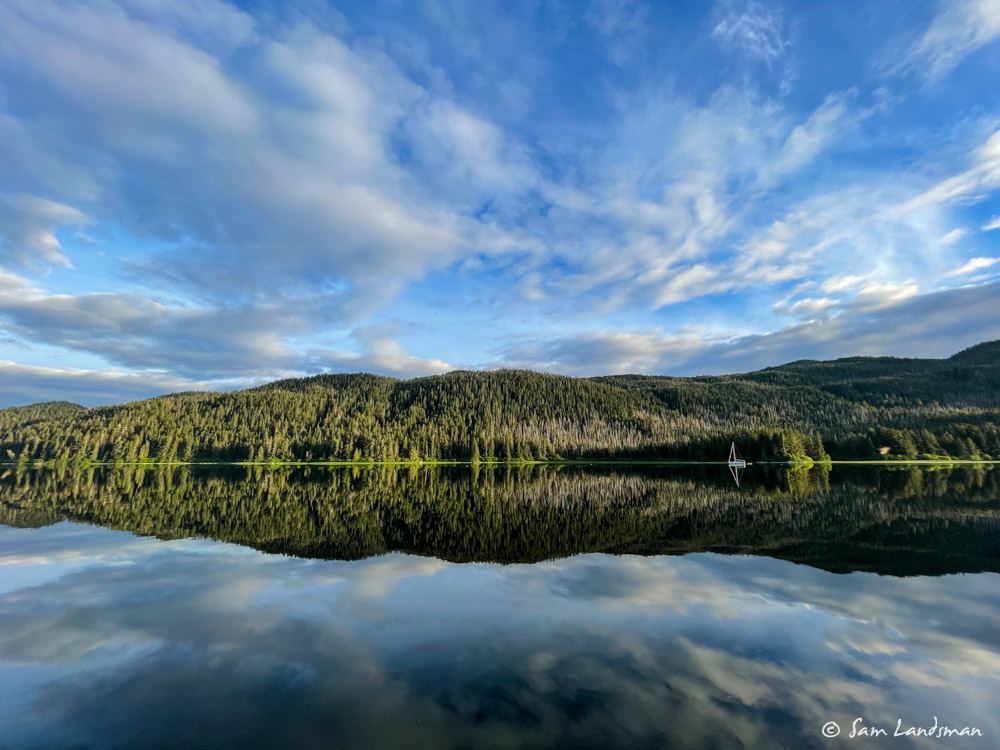 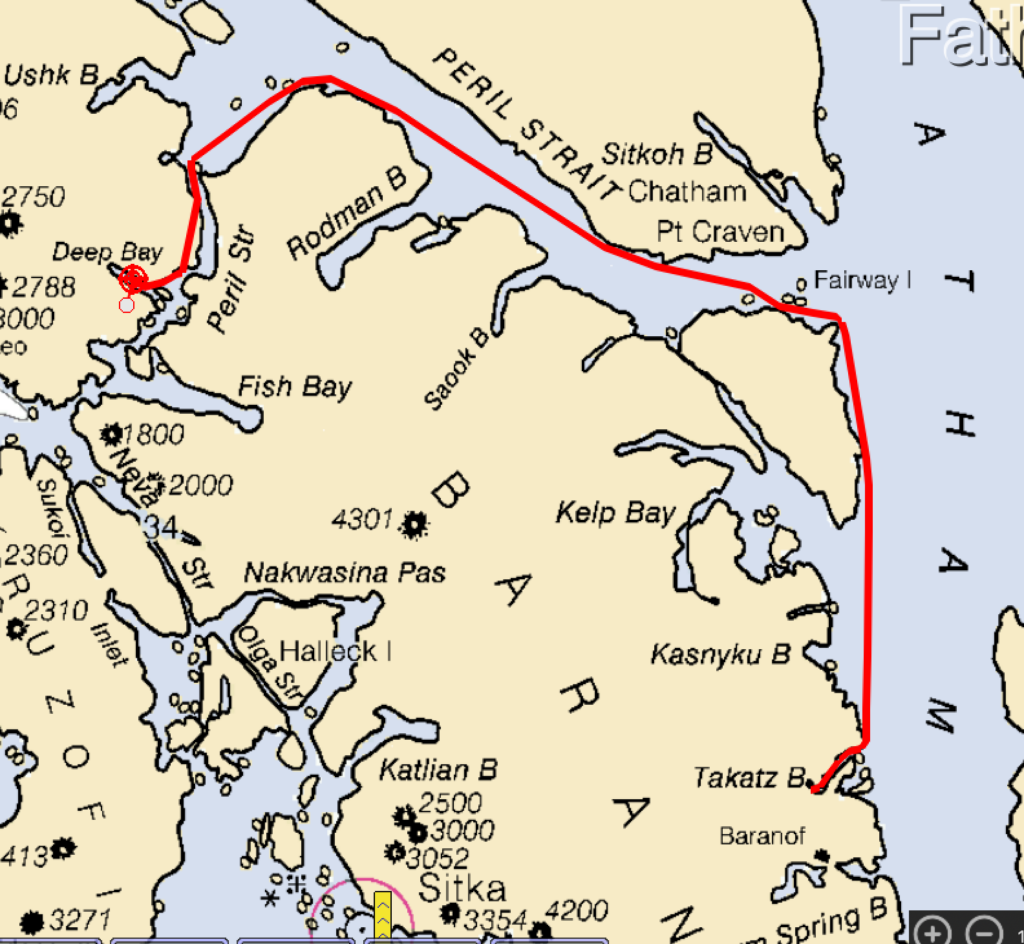