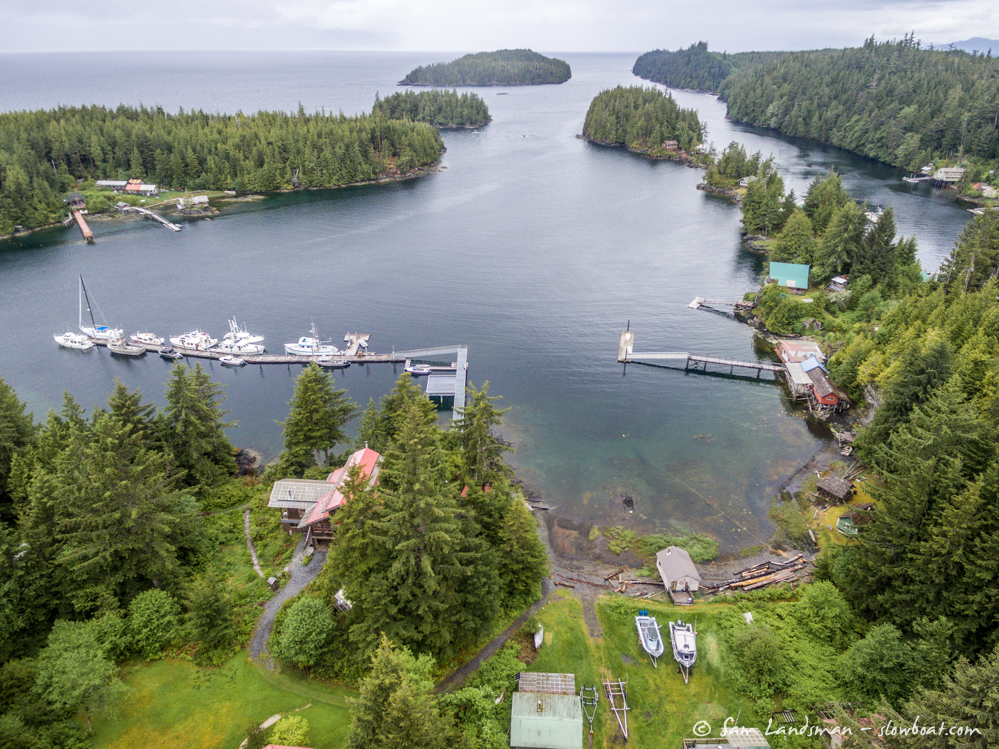 The forecast for Clarence Strait wasn’t great. Southeast 20-25 knots, according to NOAA. Clarence Strait is a big body of water, stretching about 100nm from Dixon Entrance at the south to Zarembo Island at the north. We’ve been beaten up there before, and weren’t eager to repeat those experiences today. Other forecast models—Windy and Windfinder—looked substantially better than NOAA. Still breezy, but more like 10-15 knots. As a bonus, the current would be flooding up Clarence Strait all morning.

We decided to leave Kasaan at 6:30 a.m. There looked to be a bit of a lull in the wind in the morning, and with the boost from the flood we’d make it up to Meyers Chuck before the wind picked up.

Thankfully, everything worked out! It was certainly breezy, but with the wind, waves, and current all behind us, we had an easy ride.

Meyers Chuck was as charming as ever. When we got a break in the rain, we walked out to a small beach on Clarence Strait. Walking through the rainforest here is hard to describe. Moss clings to just about everything, the air smells of soil and decaying wood, the only sounds are our footfalls and drips of water falling from the canopy above.

Ralph snapped a nice photo of the Meyers Chuck post office, across the chuck from the dock.

Sam took his drone up for a few aerial shots of Meyers Chuck: 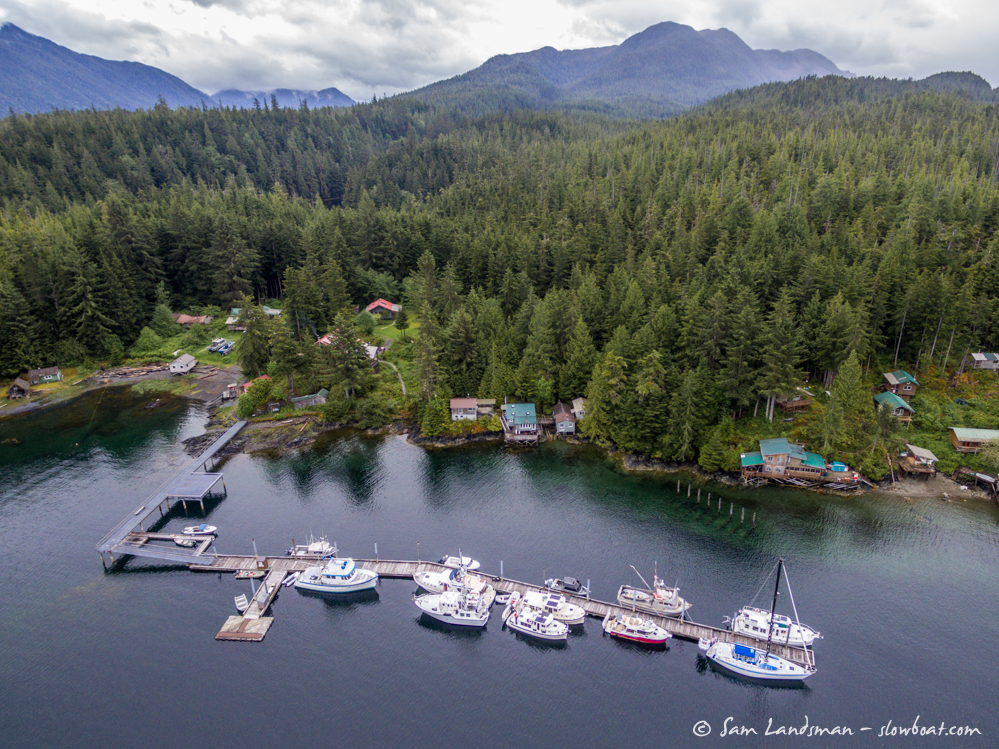 Eileen is teaching Cassidy how to knit, and she’s catching on super fast! 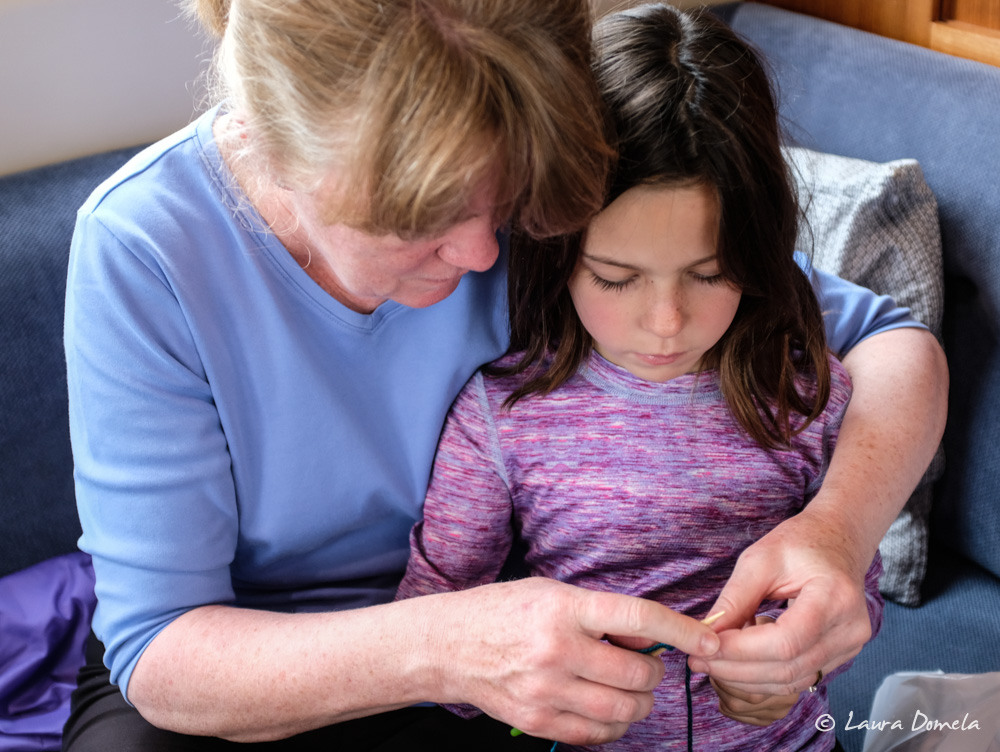 This evening we had dinner aboard the Safe Harbour. Laura made a Thai red curry noodle soup (based loosely off of this recipe), with noodles and shredded chicken breast on the side so people could add their preferences, Jenn made some pork meatballs to go with the soup, and Dan and Eileen made fresh bread and chocolate chip cookies. We called and left voicemail for Cassie with our cinnamon roll order, but didn’t ever hear back so we left Meyers Chuck cinnamon roll free (probably better for us in the long run!) 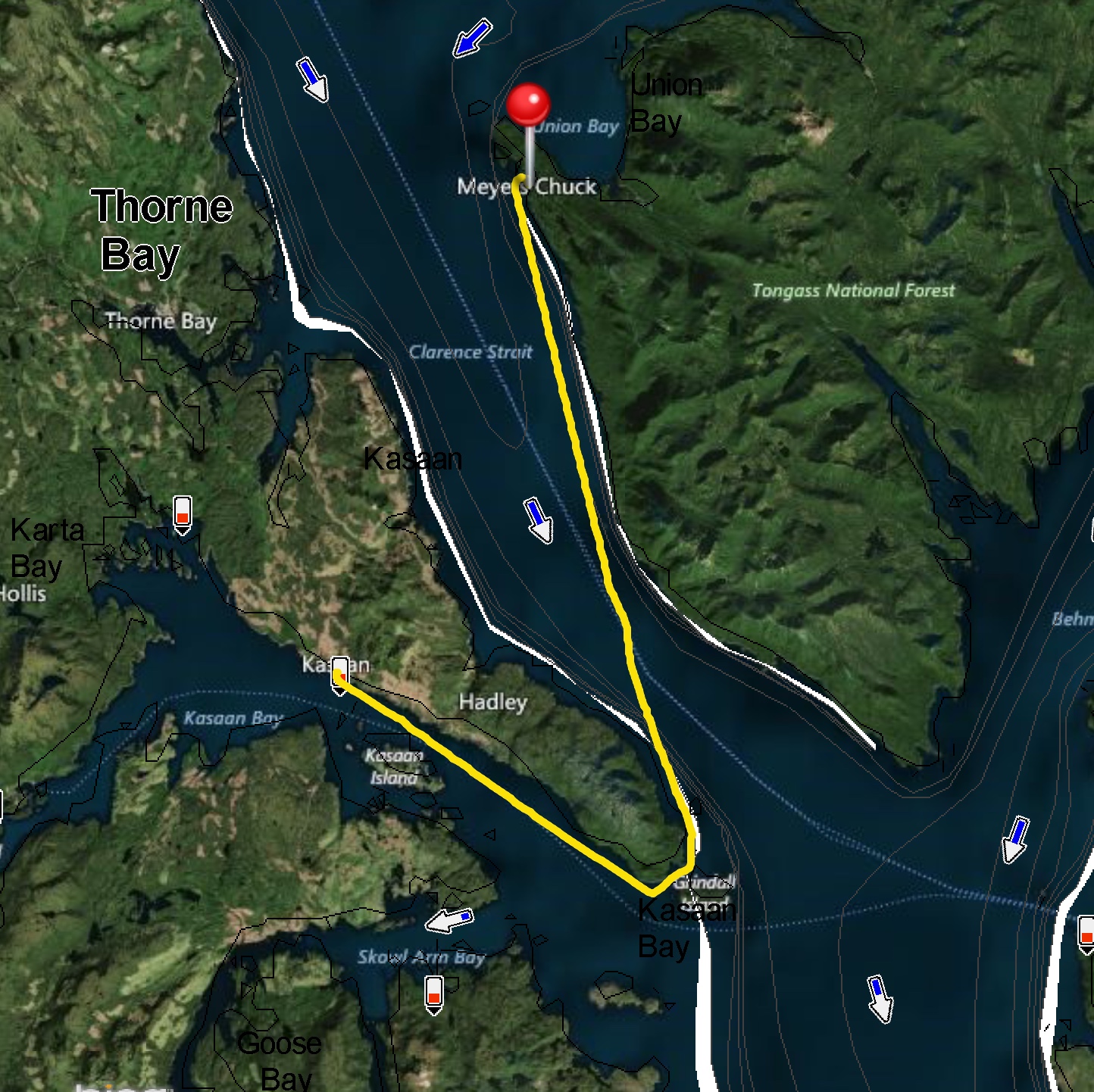