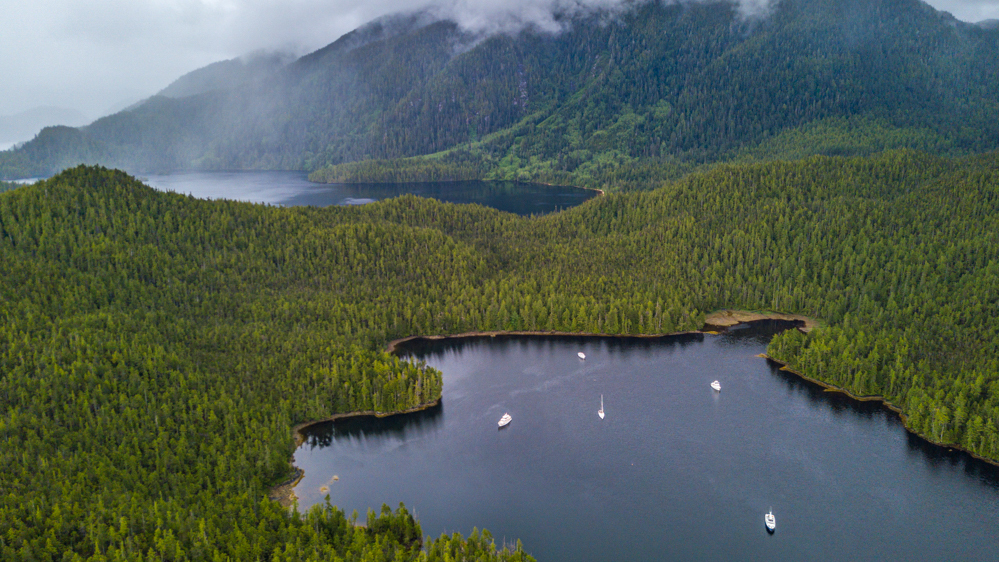 This morning feels a bit like deja vu. Didn’t we wake up before the sun yesterday to cruise 80-odd miles? Such is life when transiting BC during COVID. If the weather is safe, we go.

The trip around Cape Caution is all about the weather. It’s one of only two places we’re exposed to the full effects of the Pacific Ocean, so even on a calm day we feel some swell. On a bad day, it’s terrible. The forecast looked decidedly marginal:

Queen Charlotte Strait: Wind southeast 25 to 35 knots diminishing to southeast 15 to 25 late overnight and to southeast 5 to 15 late Thursday morning.

Central Coast from McInnes Island to Pine Island: Wind southeast 30 to 40 knots diminishing to southeast 20 to 30 near midnight and to northeast 10 to 20 late overnight.

We were up at 4:30 in the morning to check on conditions.

The blustery southeasterly settled down earlier and more significantly than predicted, it turned out. Herbert Island reported SE11. Pine Island said SE6 and 1 foot chop, Egg Island E12 and 2 foot chop. Much better conditions than yesterday, and even better than we hoped for. Easterly winds aren’t super common here in our experience, but they’re a lot nicer than westerly, northwesterly, or southwesterly winds, since they don’t have an ocean’s worth of fetch to build the seas.

With reasonable condition reports we departed around 5:00 a.m. Right off the bat, conditions were better than yesterday, with single digit winds and light chop. As we headed northwest in Richards Channel, we picked up the ebb and saw speeds over 11 knots. Usually the ebb here collides with the incoming ocean swell, heaps up, and results in uncomfortable hobby horsing. Not today. Perhaps yesterday’s southeasterlies knocked down the usual swell.

If you’ve followed our trips north for the past several years, you know that normally by now we’re posting about battling tidal rapids by dinghy, close encounters with wildlife, and fancy appetizer-laden happy hours. Transiting Canada under quarantine has obviously put the kibosh on all of that for now, but the scenery is still lovely and there’s something to be said for making so many miles so quickly to get to Alaska (where of course the fun will resume).

In Fitz Hugh Sound we were surprised by a couple of orcas that were breaching not too far from our group as we headed north. Surprised enough that we didn’t manage to get a photo of the three breaches we watched, but trust us, it was very cool!

It’s hard to pass by so many places we normally visit on our way north (the abandoned cannery at Namu, the white sand beaches at Pruth Bay), but hopefully things will be back to normal soon.

We made it into Codville Lagoon by about 4:00 p.m., tired but feeling good about our rapid progress north. Codville Lagoon was deserted, not a single other boat. Come to think of it, we only saw one Canadian pleasure boat yesterday. The rest of the boats were commercial, or US boats transiting to Alaska.

Tomorrow we have a short day—less than 60nm!—then two long days, then Alaska! 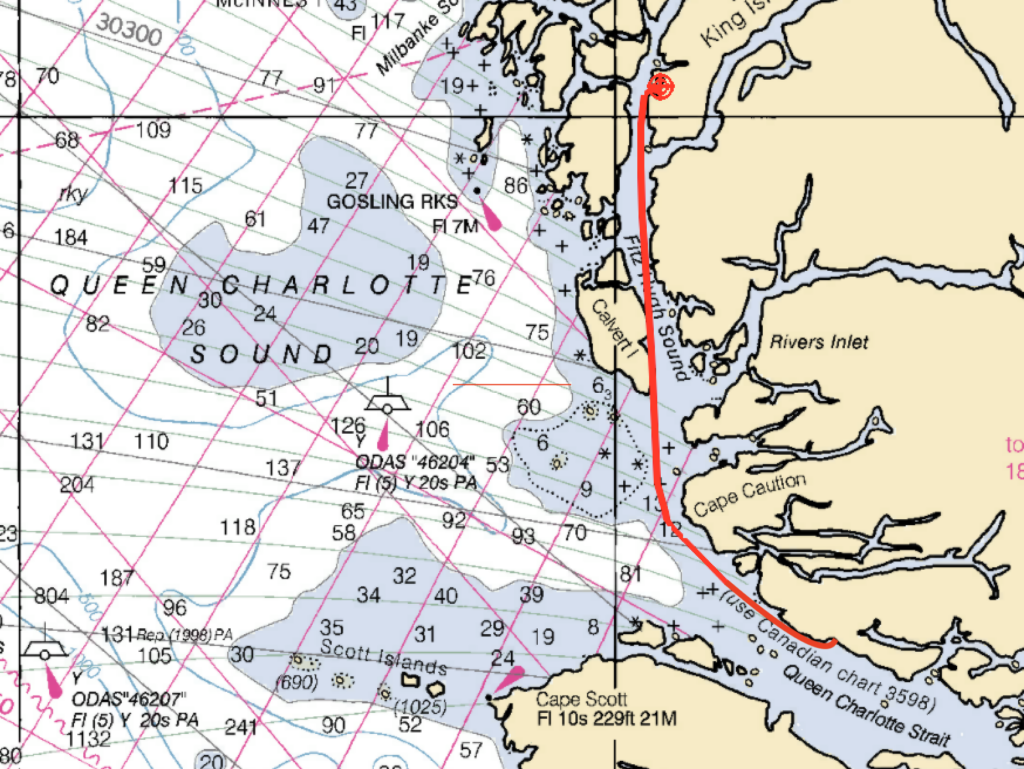